A brief while after the 100th anniversary of Polish women gaining the vote and in an era when art made by women is the most pivotal part of its global circulation (which remains entirely unrepresented, for example, in the Polish system of art education), Shefter Gallery decided to dedicate and offer up the year 2019 in its activities to women, precisely. To inaugurate this year’s activities at our gallery, we have invited (somewhat subversively or perhaps not at all so) Vala T. Foltyn. Vala’s activity, “Praise Be to Her”, alluding in its title to the customary Catholic priestly visitation happening in January and unafraid of its anatomical ambivalence, turns the male perspective inside out. It bewitches and enchants it. Opposite the vicar stands the witch.

The witch – she who transformed, whose identity ceased not to be fluid – has always exploded the reality of patriarchy with her existence. In her self-knowledge and self-constitution, she negated the regime of male power. Hence, she spelled danger. And, hence, in an era politically uncertain to freedoms of the individual, the figure of the witch has boldly re-entered the realm of popular culture. This time, however, not as a nemesis, an unsightly beast from the East pestering poor Dorothy, but as an allegory of struggle for her own self, for her rights. Vala embodies the wich and invites us to a rendezvous with art and magic (one tantamount to the other, since art bears the mark of practicing magic as much as magic had always been an art).

In her ritual of dance and rendezvous, she will bewitch the coming year and open up a space of womanhood – understood as a choice – rather than as a category imposed by culture/nature. On a Saturday, the day of the Shabbat (which, according to the tradition of Judaism, is a woman), when God rested, a Sabbath will take place, culminating in Vala-the witch’s dance of magic. Boundaries between worlds will be opened, so that reality may experience a transformation, and a tribute paid to things possible thanks to the magic lips and every woman’s mighty tool (eating, speaking, whispering, kissing, and singing) will become an instrument for emancipation. Communal being and cooking, sharing dreams, desires, New Year’s wishes and spell casting will become a political manifestation. A choral voice of protest which, nonetheless, does not only constate, but also constructs the new. 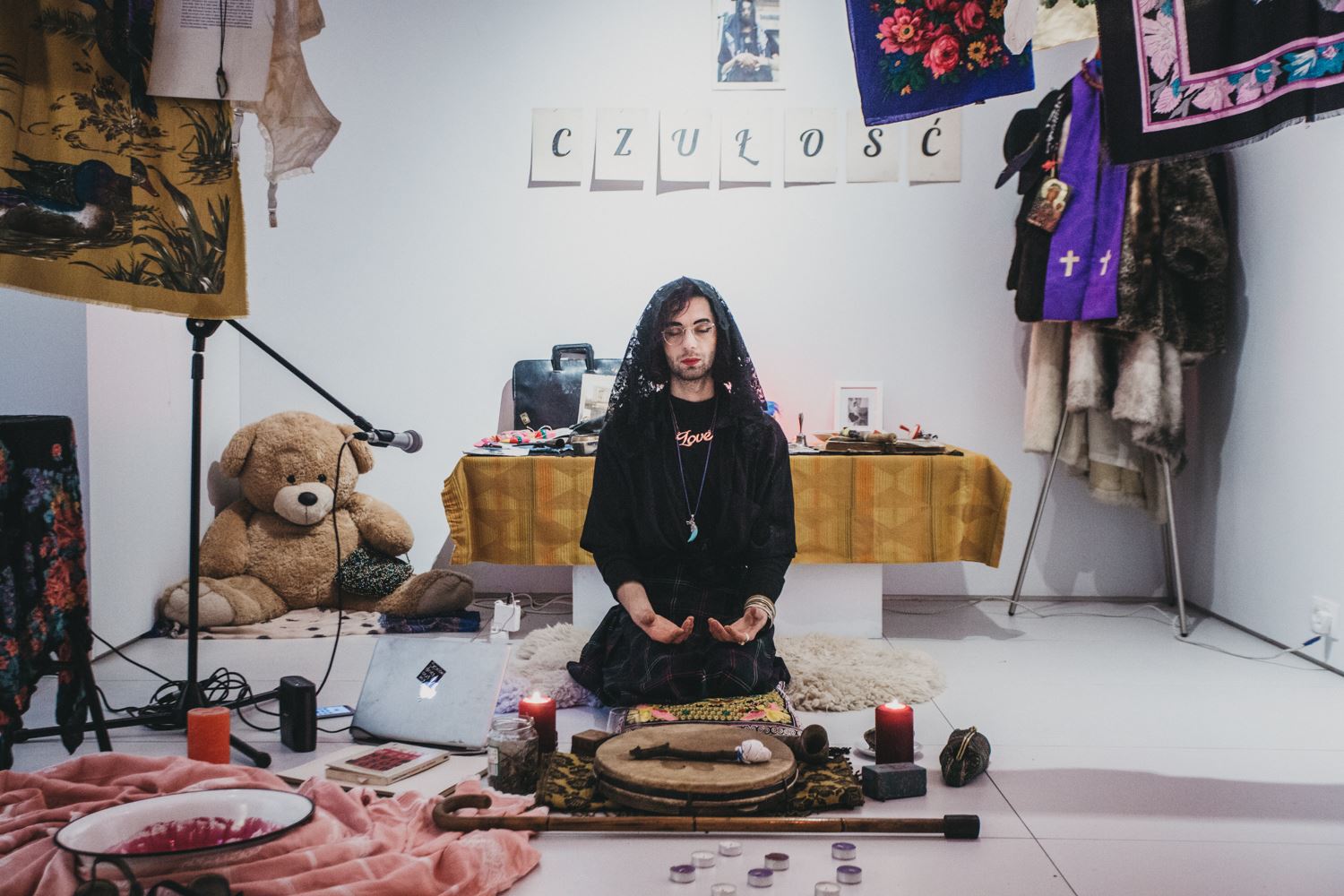 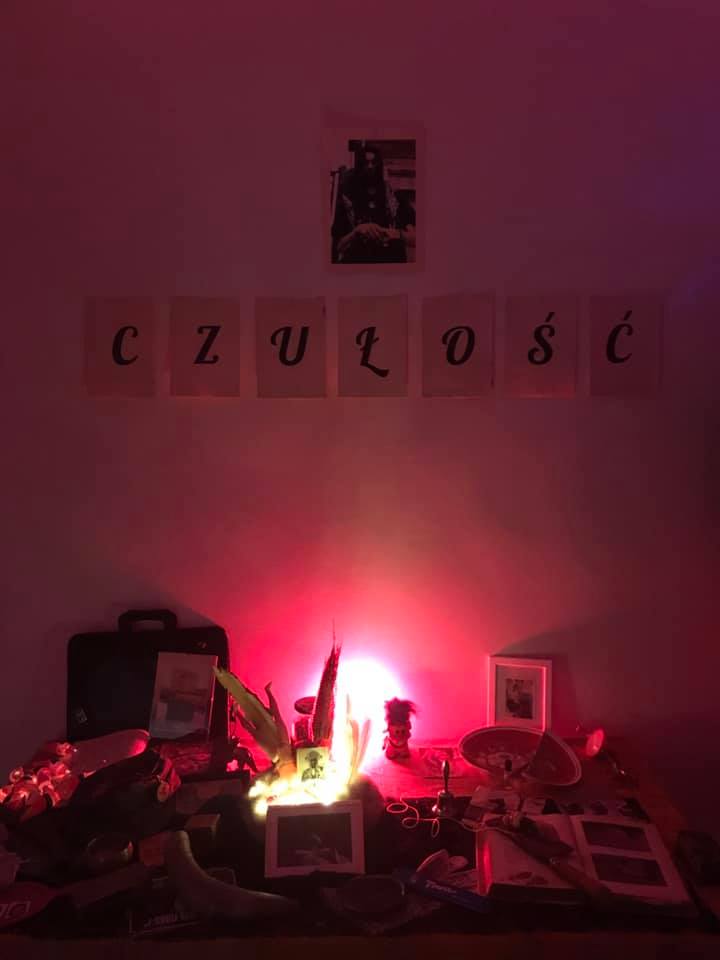 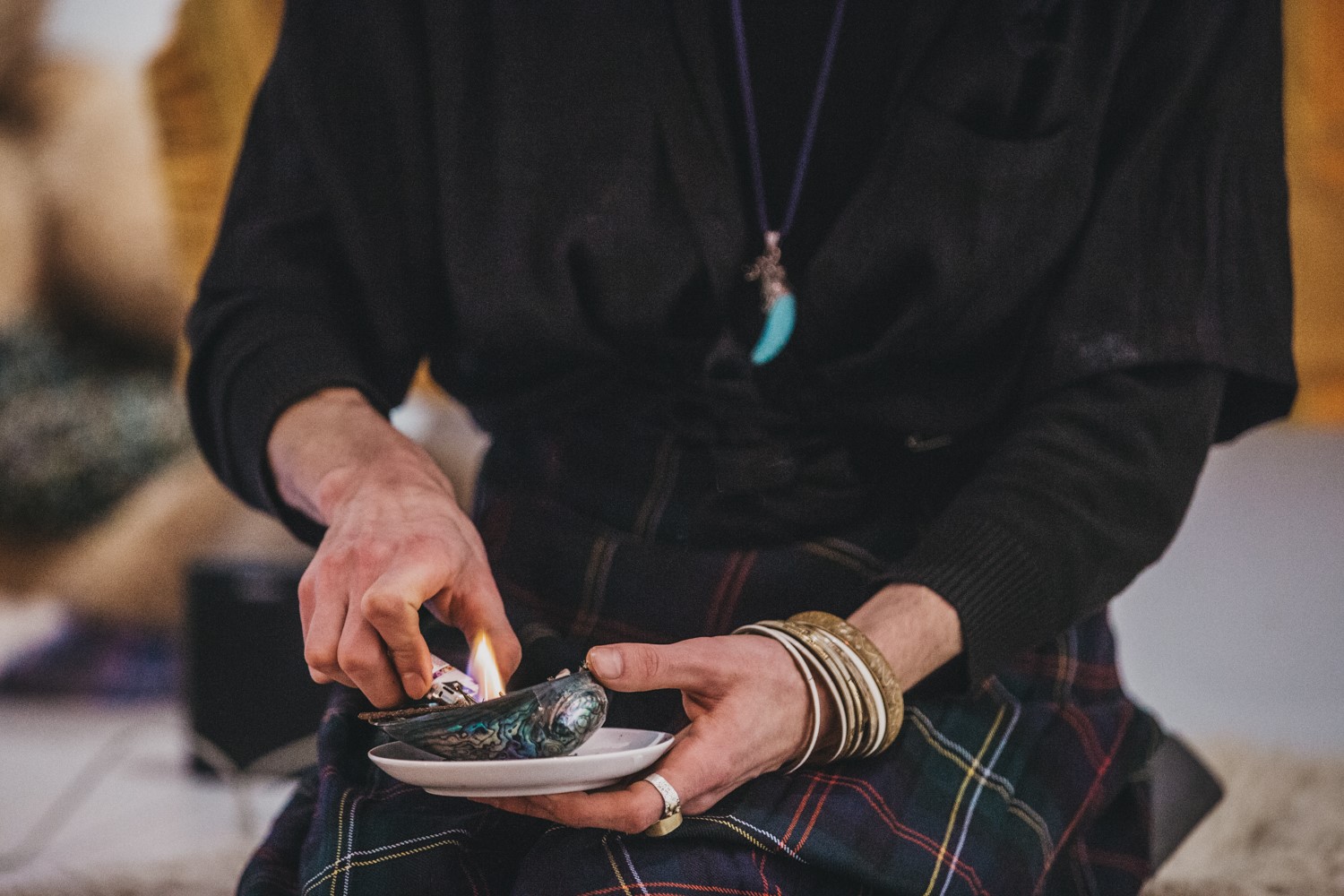 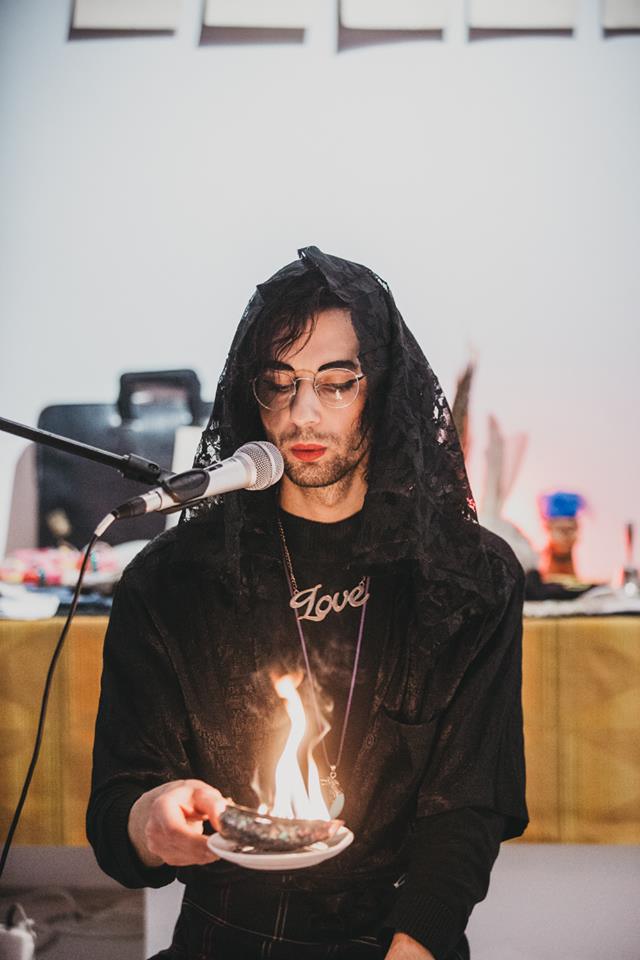 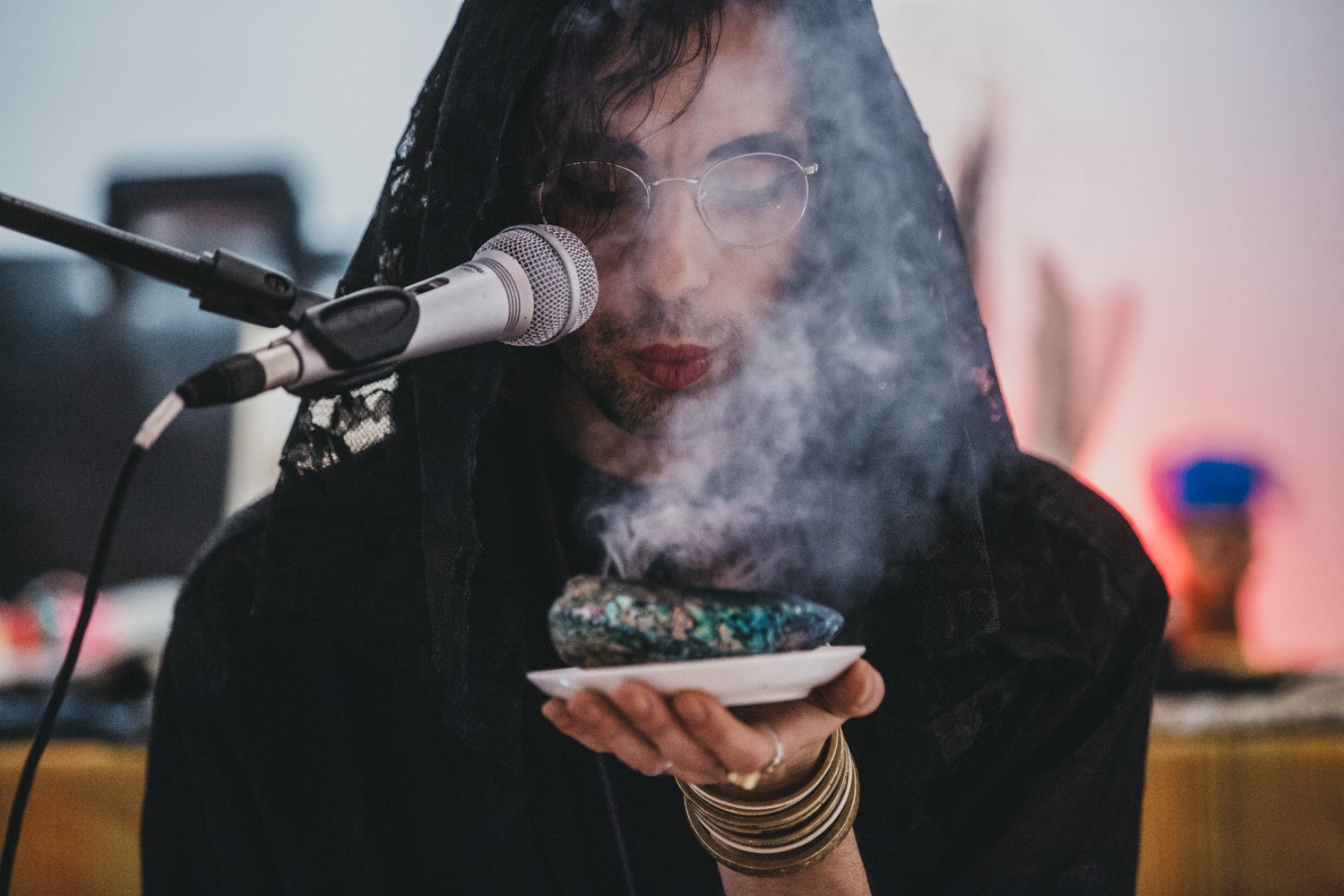 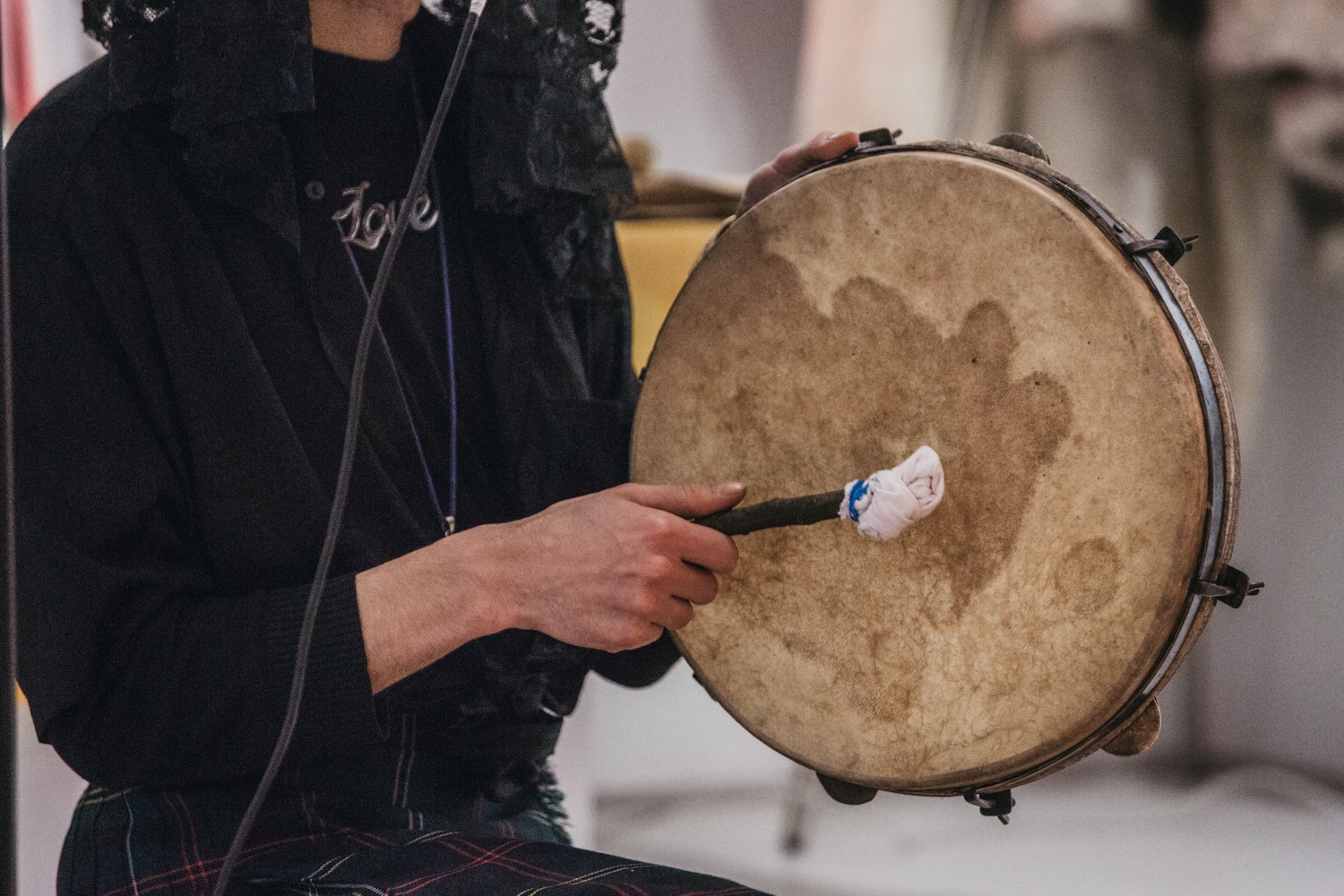 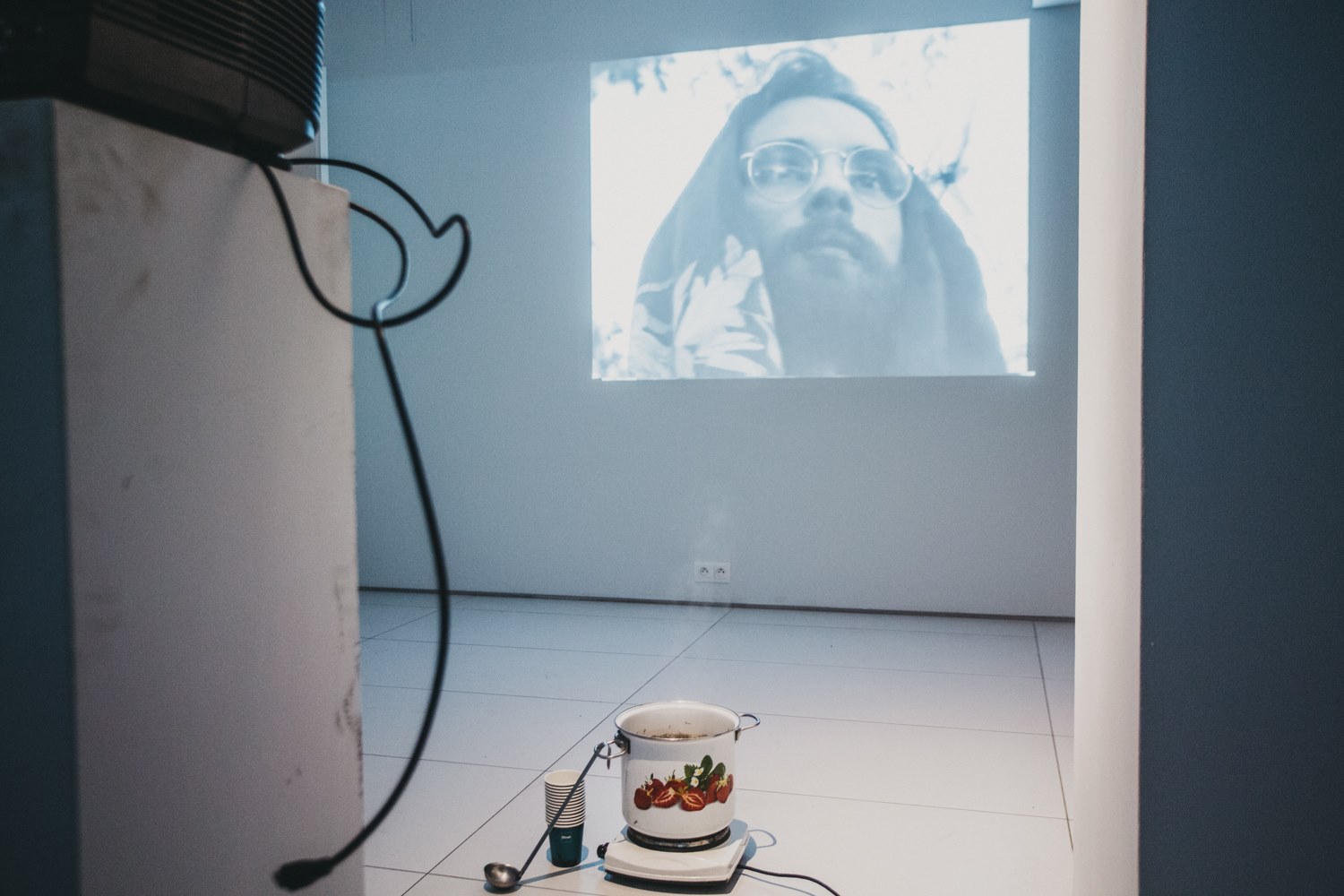 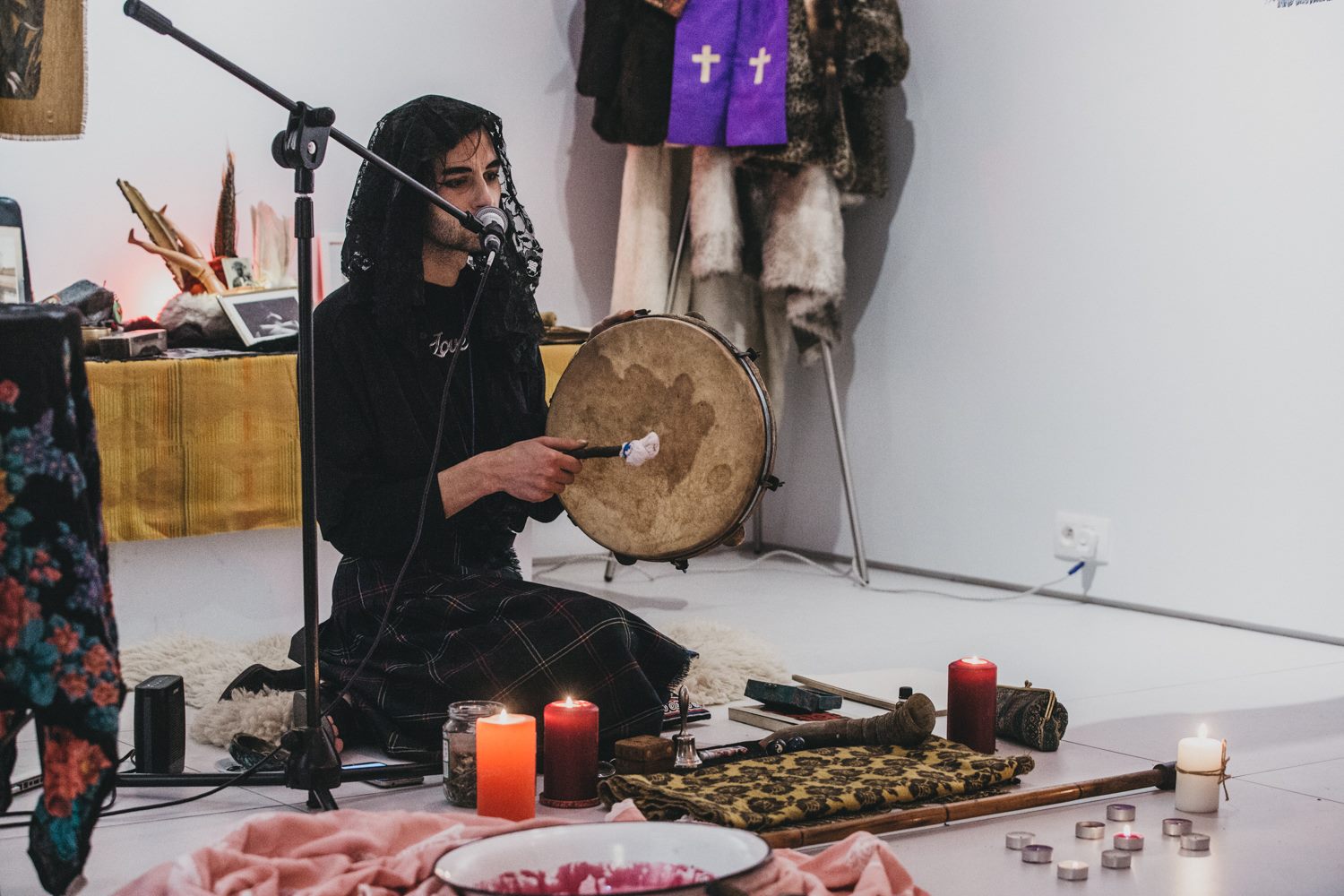 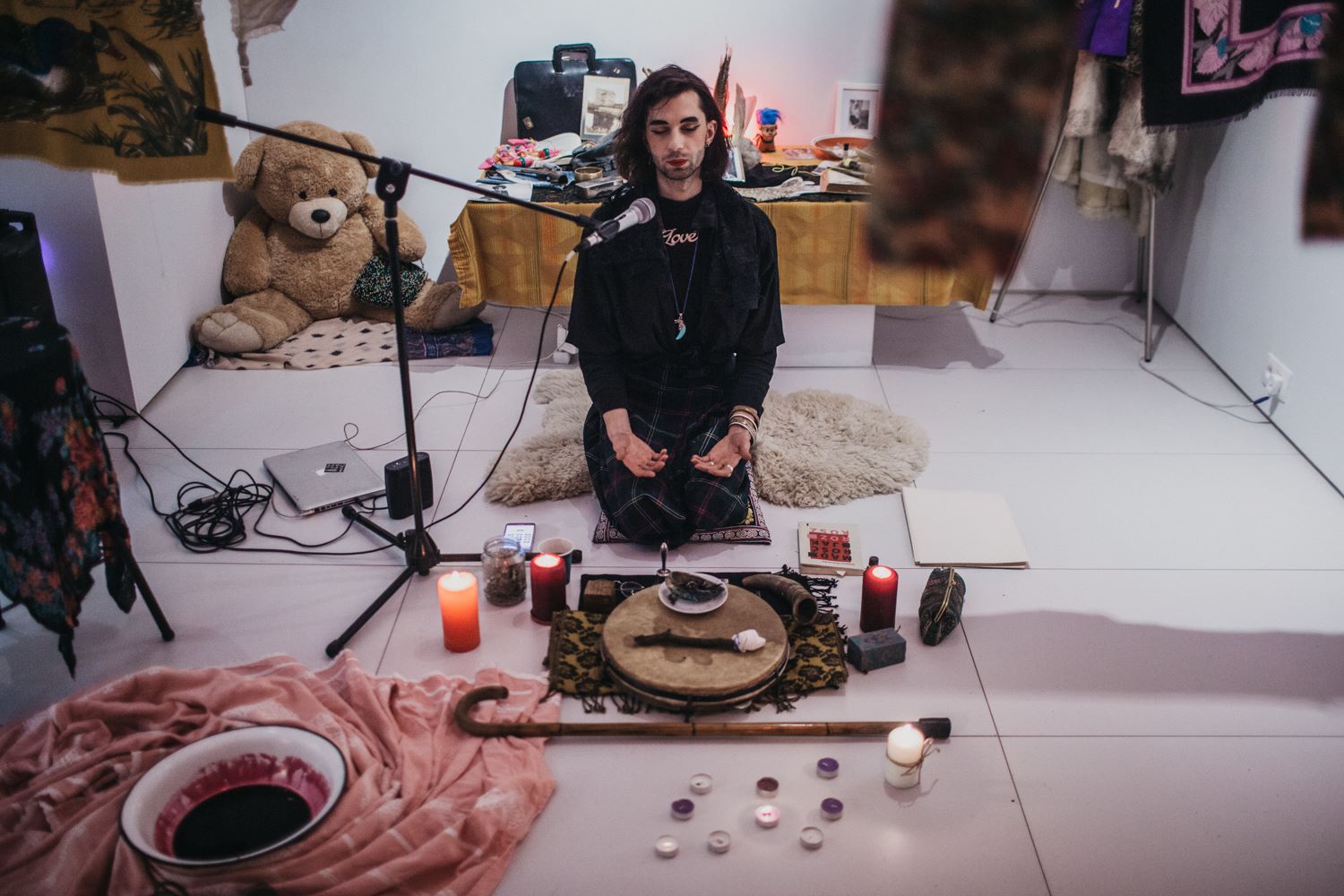 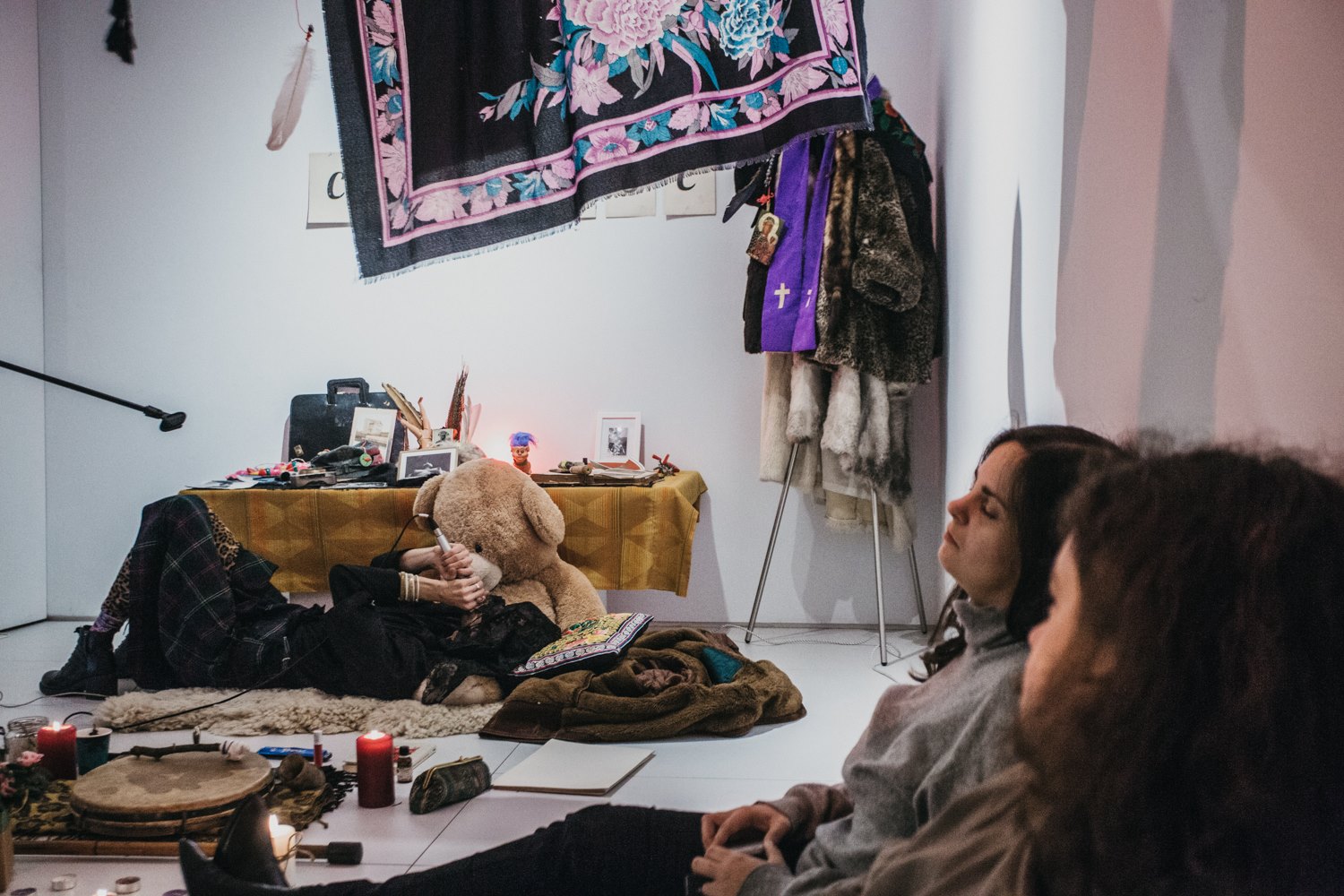 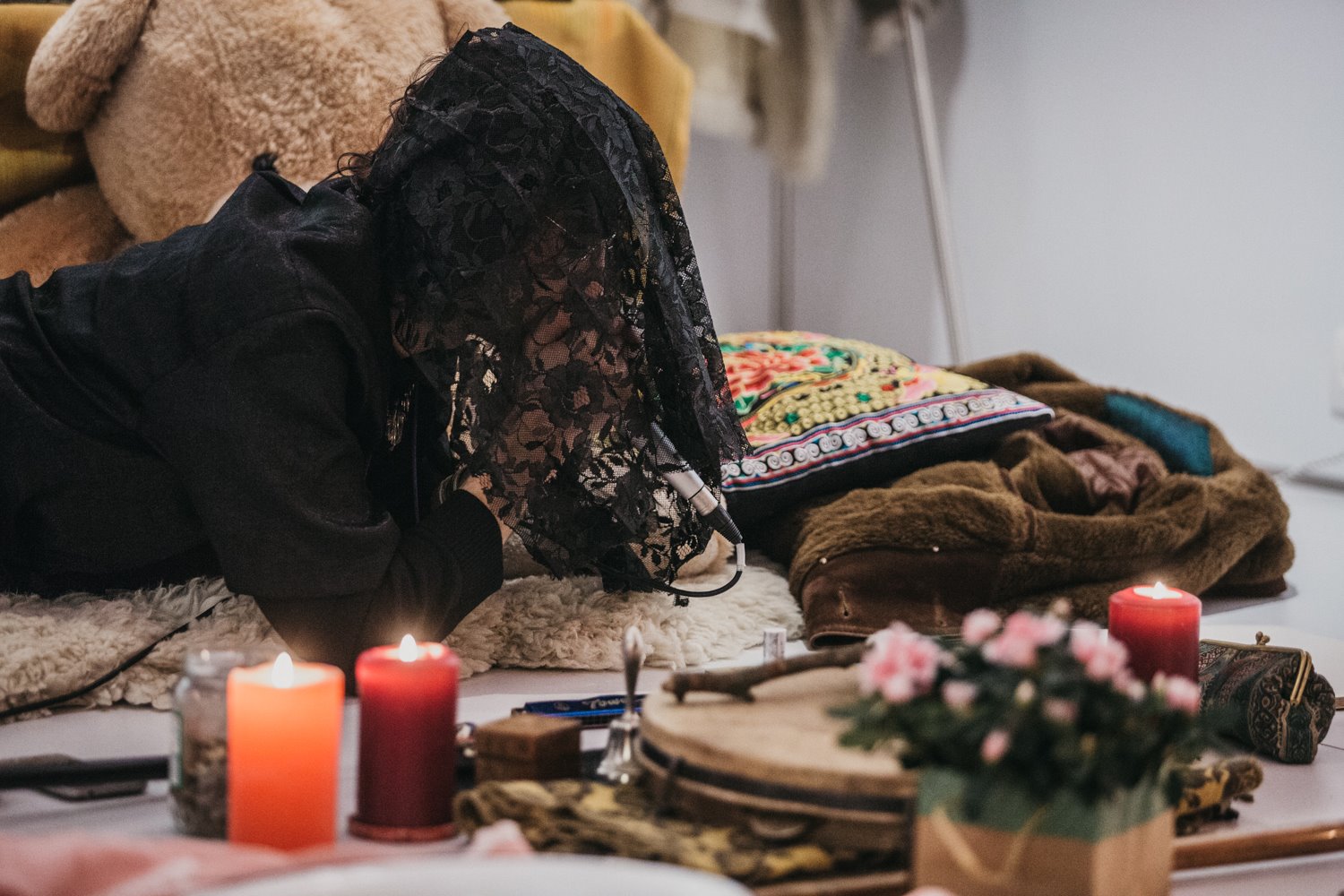 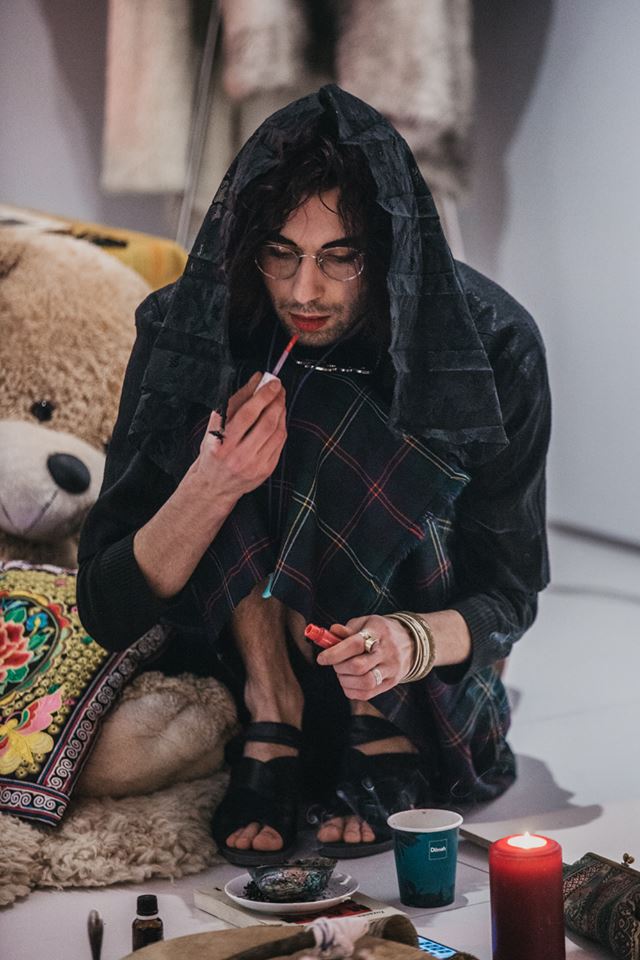 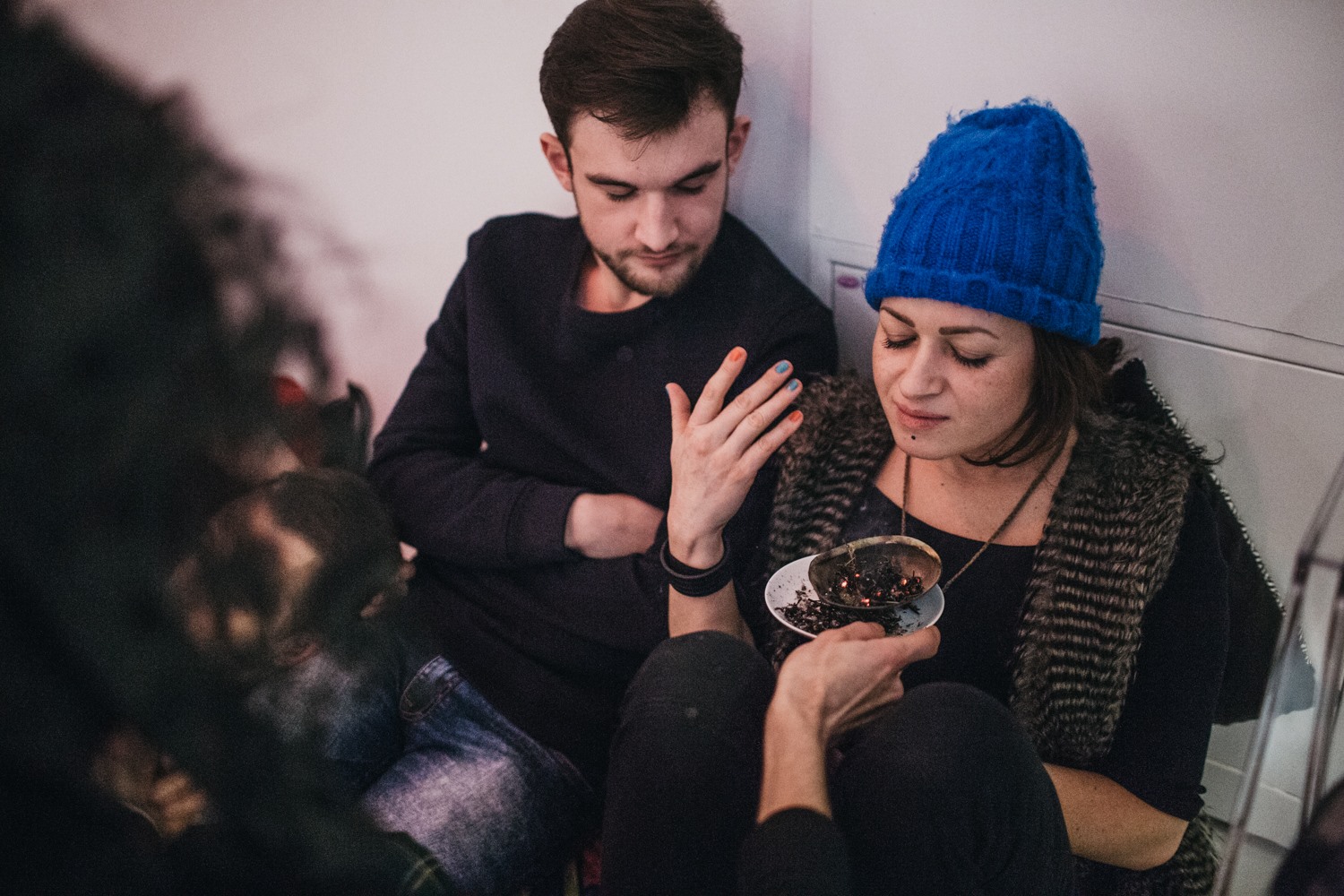 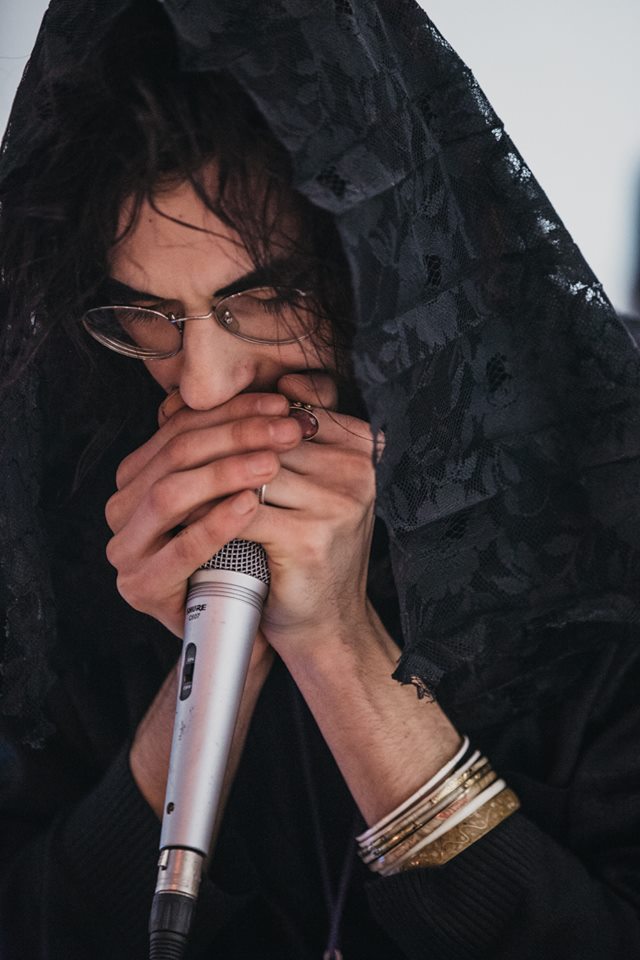 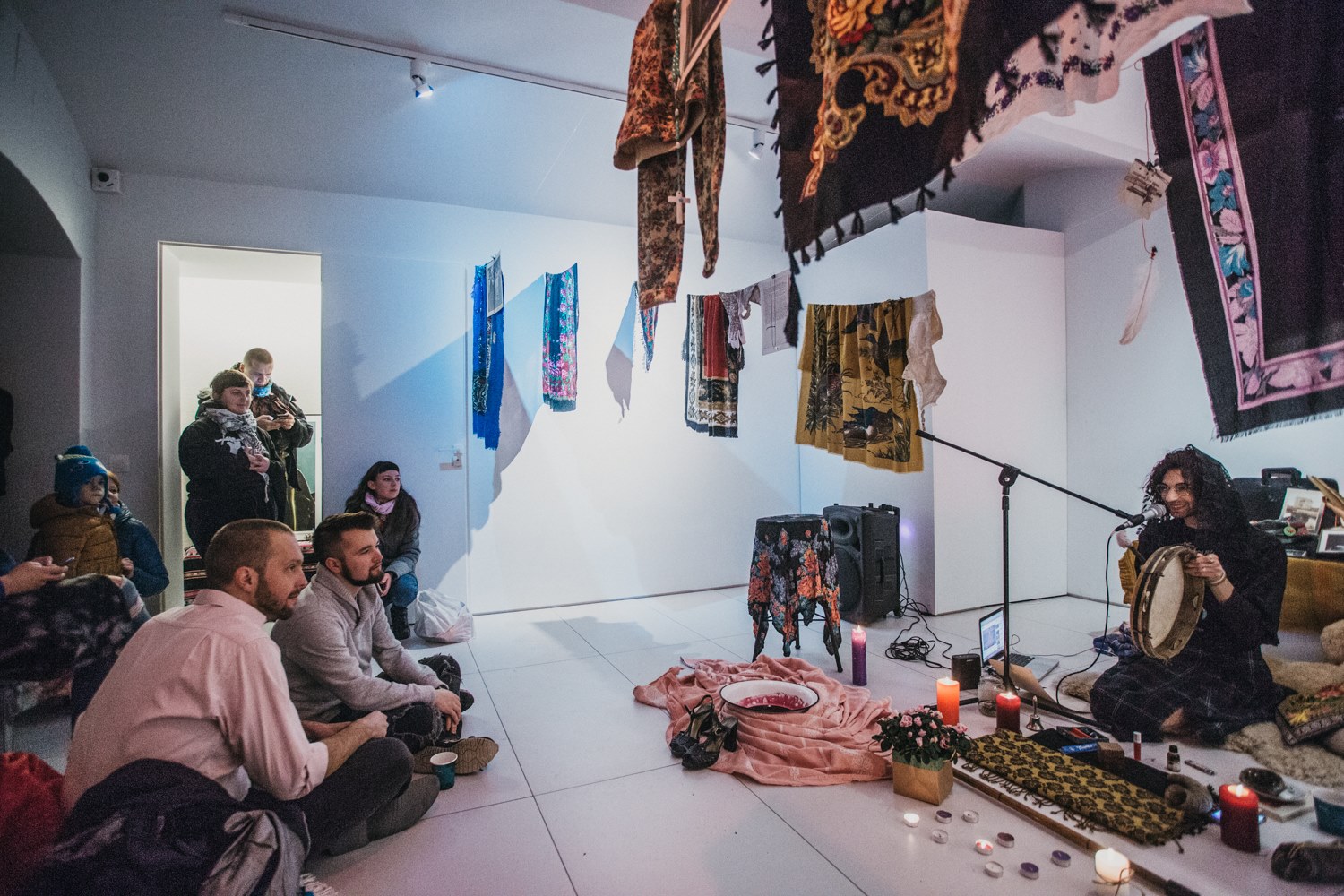 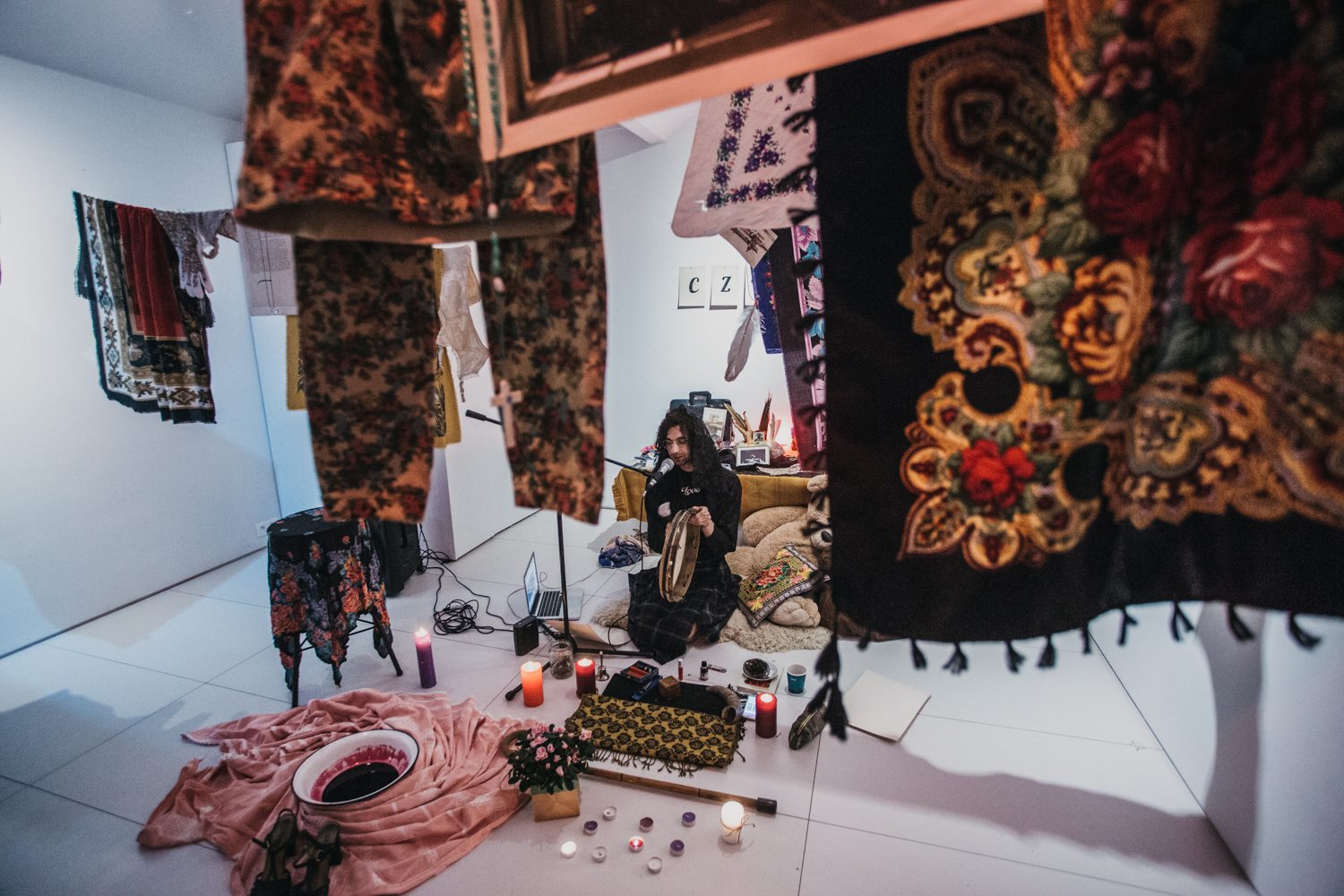 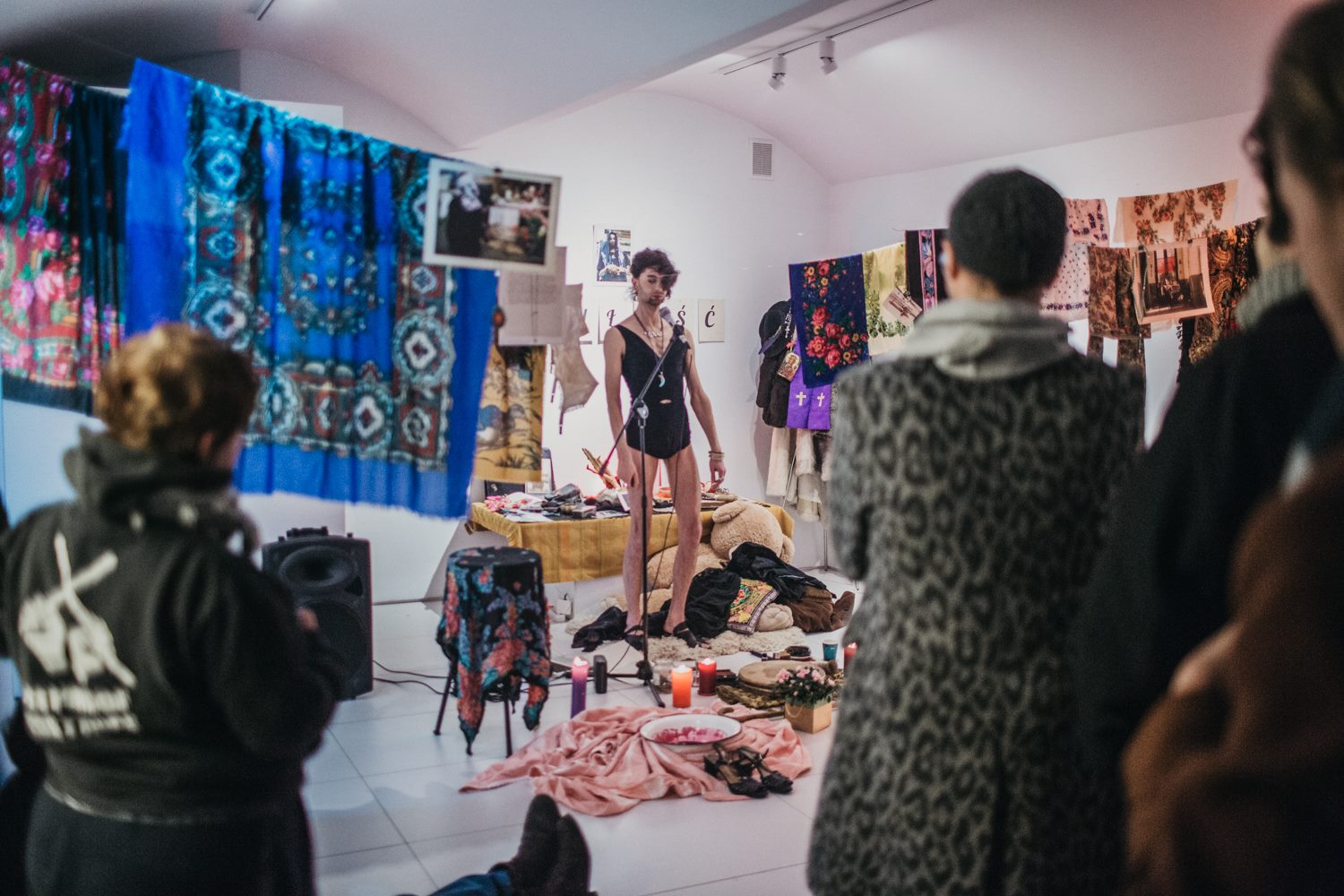 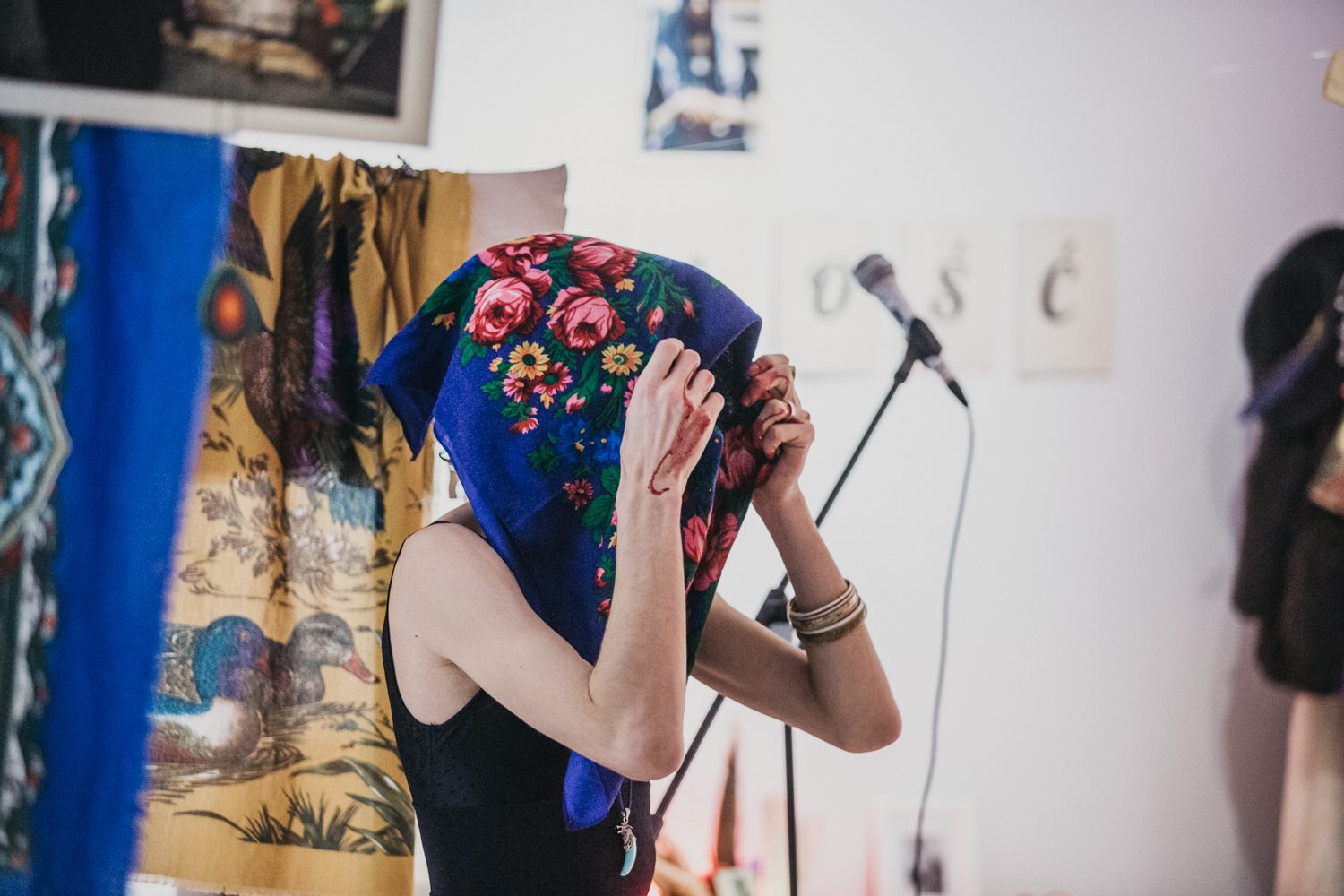 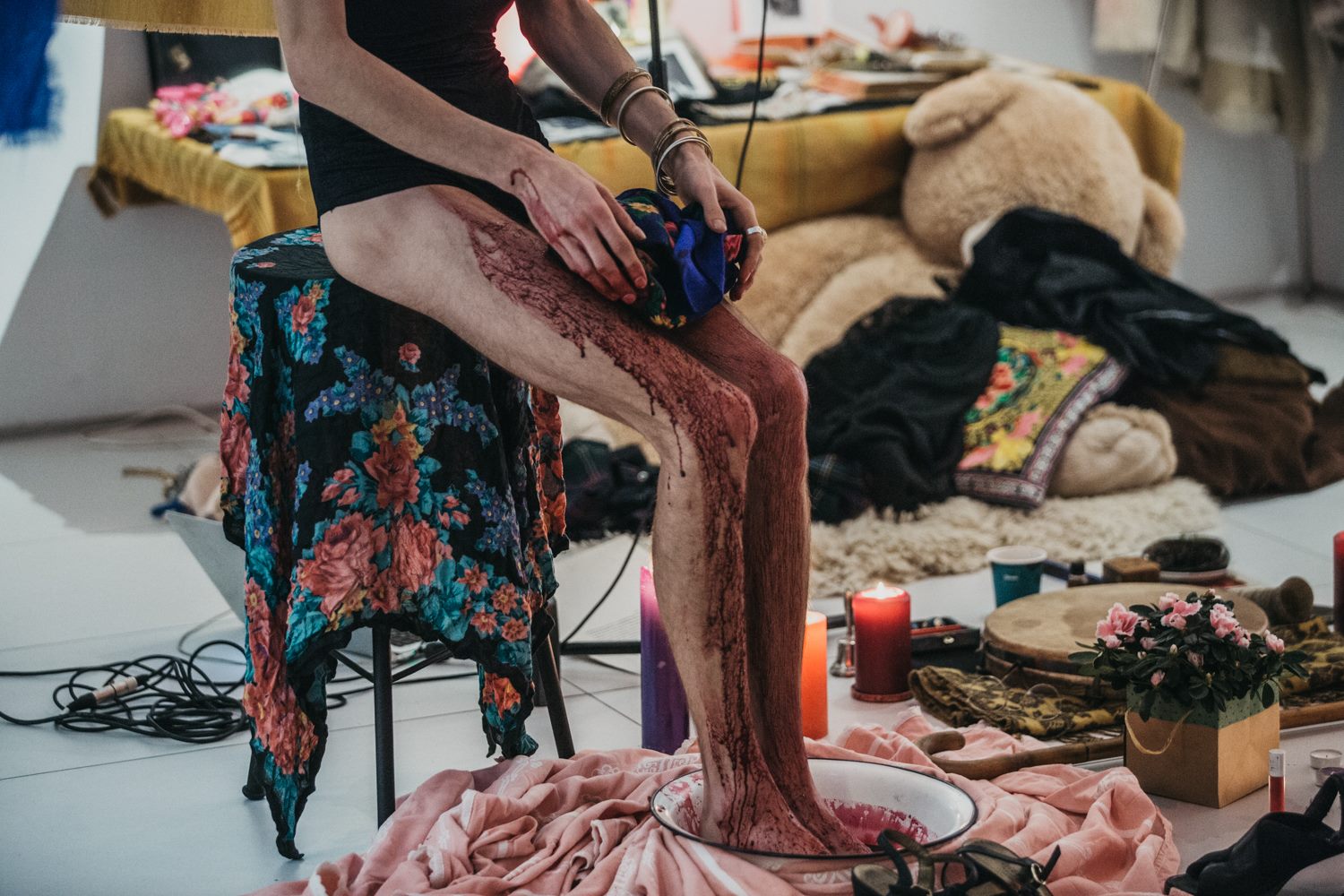 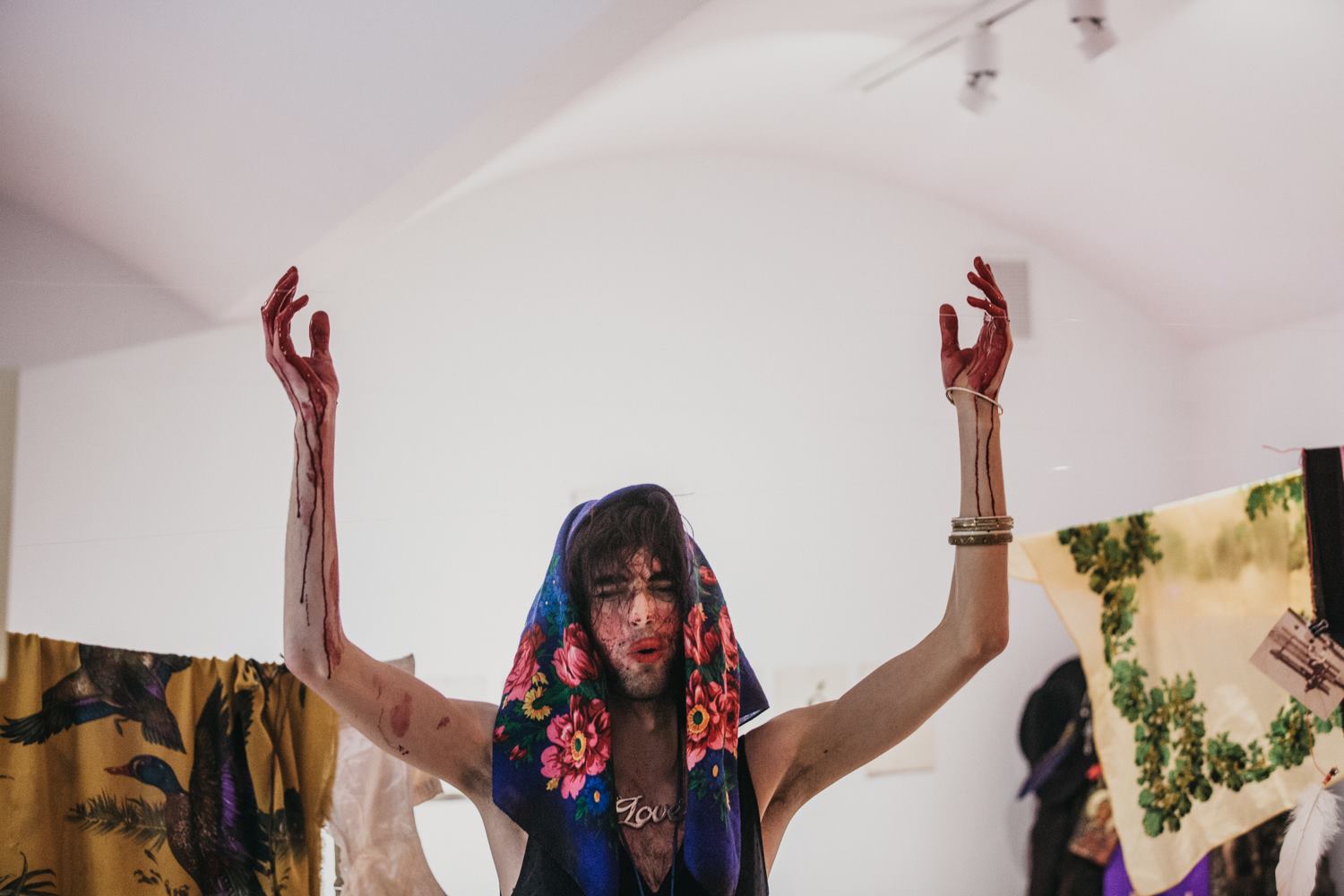