I opened my veranda door, looked at the starry sky and saw the sign
‘Avant-gardist conservatism’. Huh?

Manifestos are as much a keynote as a malaise of the avant-garde. A malaise which Warpechowski does not evade, but at the same time appears to paradoxically escape. The artist who in 1983 wrote not so much as yet another manifesto, but a project for, a seed of one, intended as a starting point for conversations and debates on the identity of the avant-garde in Poland. An incisive self-reflection and self-identification in the face of political events of the period and their impending consequences, affecting also the field of culture. An extreme sense of hopelessness brought about by the Martial Law and a complete petrifaction of art milieus and creative impulses as well as the superficial interest of foreign art circles in Polish art. The nature and content of the manifesto are nonetheless ageless. To Zbigniew Warpechowski, the avant-garde is not a mythical formation, neither a canon, nor a subjectively created hierarchy, the numerous instances of which can be found in Polish art history. It is a physical and an intellectual reality. A creative awareness of present time and a continuous creative effort. A creative effort of an outstanding individual working in seclusion or hiding, not so much electively, as necessarily, the necessity arising from permanent control and the increasingly more frequent extremism of political correctness. Ultimately, the avant-garde—Warpechowski emphasises, quoting Stanisław Brzozowski—is, first and foremost, a workshop, not a chapel to be attended and kneeled before. A tradition that ought not to be prayed to or fought against, however the fight is still possible, but rather a tradition of which one should be well aware.

A conservative politics and world-view, or even an artistic conservatism, which Warpechowski repeatedly criticised, and of which, incidentally, the artist is ever more frequently and widely accused, has nothing to do with his conception of the avant-garde. The concept he forged designates both a manner of thinking and a way of understanding art. His kind of private philosophy. The avant-gardist conservatism. His conviction that knowledge—understood as the desire to understand past processes and a rebellion against the futile pursuit of innovation—encounters an actual creativity responding to the call of the times.

It is 2017. In Poland, the year of the avant-garde is officially fêted through institutional rites, exhibitions, conferences and champagne-sipping festivities. Everything is avant-garde, if not yet today, then it will be tomorrow. And anything can take the name. Despite the fact of which Warpechowski reminds us, invoking Baudelaire: “Nations produce great men in spite of themselves”, and that the avant-garde had always been outside of the mainstream, a thing to be sought in discords, on margins and beyond the dominant discourse. Warpechowski conceives avant-garde in a spirit similar to Giorgio Agamben, arguing that the avant-garde is always two steps ahead and that modernity ends the moment it is named. Therefore the artist, against each and all, chooses the fallow. A long-unploughed field. Looking for avant-garde where nobody else would look. He does not go where everybody else has already gone, but defends the lost cause, believing in the beautiful utopia, somewhat naively, but not unjustifiably, upholding that enthusiasm and conviction can still make anything possible.

It is not an exhibition in the classic sense of the word, nor is it a lecture or a performance, which Warpechowski has retired from after numerous farewells; it is an encounter. An encounter which, unless it transforms into a regular debate, is not reduced to a thought-freezing monologue, might once again push the artist over the edge and lead him, in his own words, to the heights of audacity. Zbigniew Warpechowski, individually and quite authoritatively, declared himself to be an avant-garde artist. With an unspoken, tacit hope deep in his heart. Even if he doesn’t admit it, he will be expecting someone to retaliate.
“The avant-garde is the only competent authority on the avant-garde!” Warpechowski announces plainly. The artist who celebrate his 50th anniversary of performance art this year. A half a century. The first Polish performer. A member of the Krakow Group and the international, cult group, Black Market, consisting of only 8 performance artists. The author of more than 300 performances, which sometimes arouse spontaneously, and at other times were created during many days of rehearsals; in 26 countries, not only in Europe, but also in the US, Canada, Japan and Israel, among others. The artist who has for many years put his philosophical reflections on life and creative work to paper. Seven books published, so far.

Perhaps this time someone will talk back and things will turn out unlike they usually do. Perhaps we will rejoice in something unpredictable, which will turn out to be a complement of sorts, a support from unknown forces, which has almost always been a part of Warpechowski’s art practice. The uncanny opportunity to experience the meaning of a performance, which cannot be represented in any other form.

This is not a manifesto, not a recording of wishful thinking. I want art to be a joy to the artist and to art lovers, and a real joy happens when we are not self-indulgent. The ending is slightly pompous, but the style is distinctly Warpechowski’s. As the artist goes on to say in his defence of glaring sentimentalist, which is increasingly becoming a part of his thinking on art: don’t be surprised you will all age in the end.

Now I am an old man. I think about art. What to do for it to not only be what I want it to be, but also what others might want to need[…]. 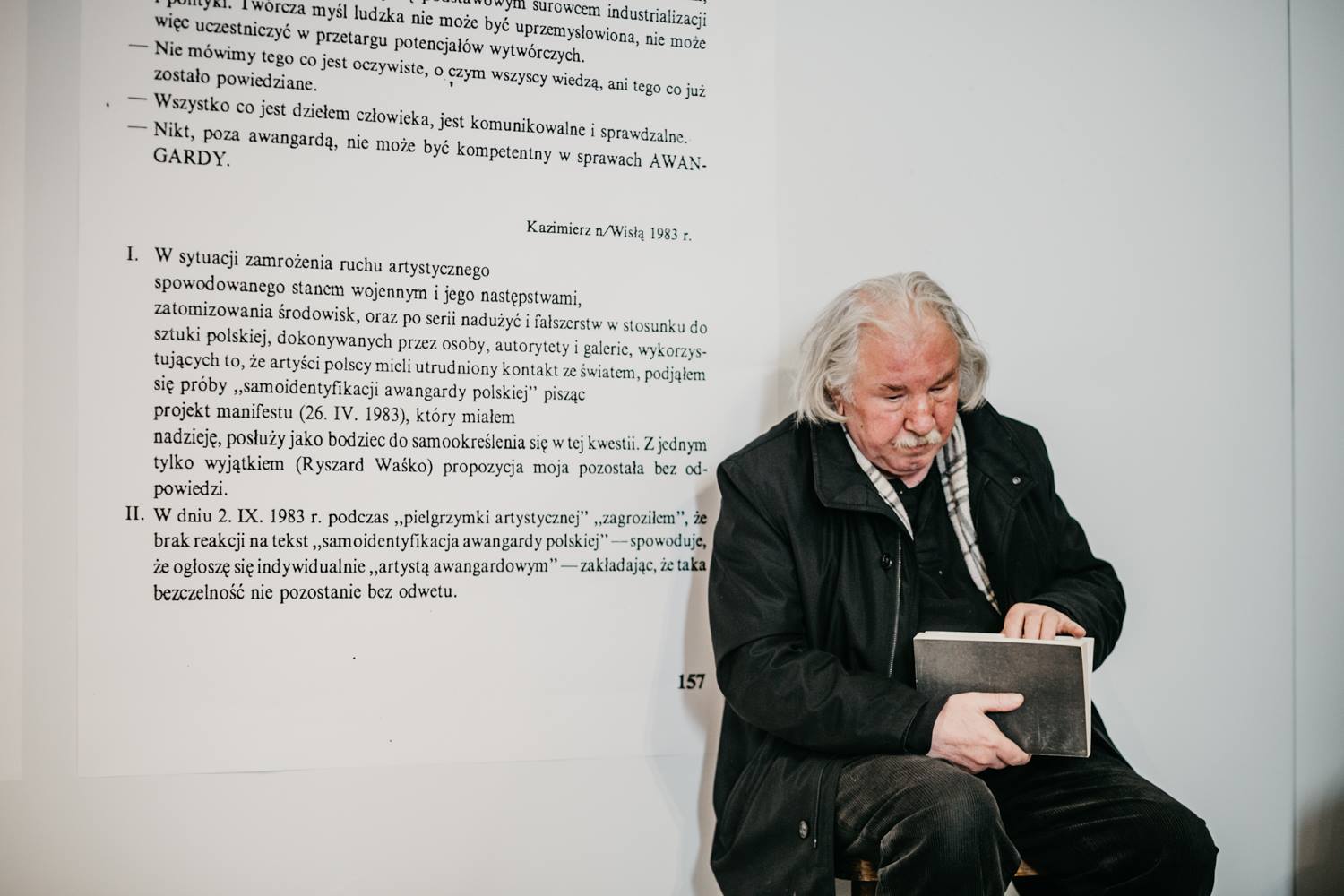 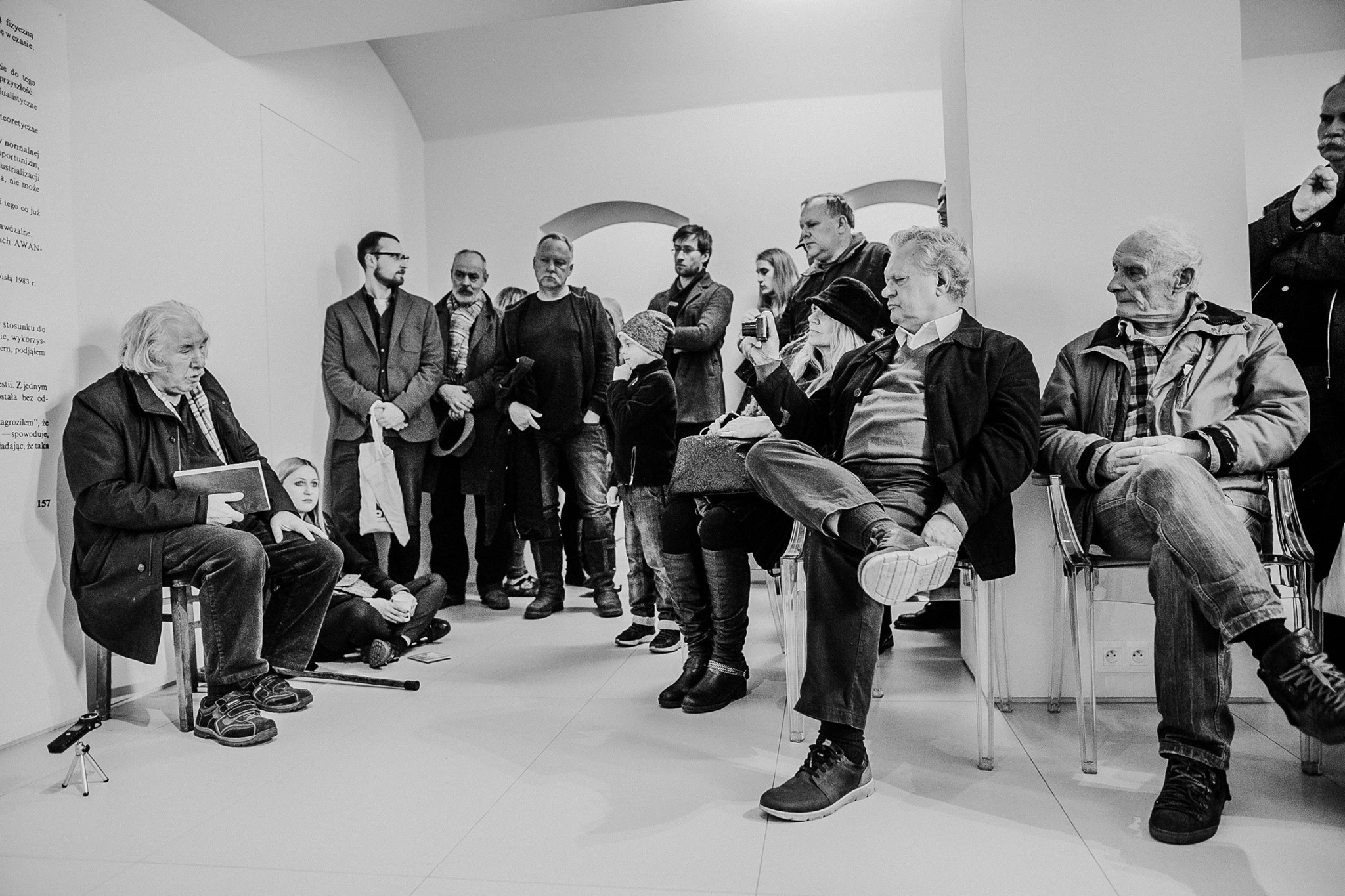 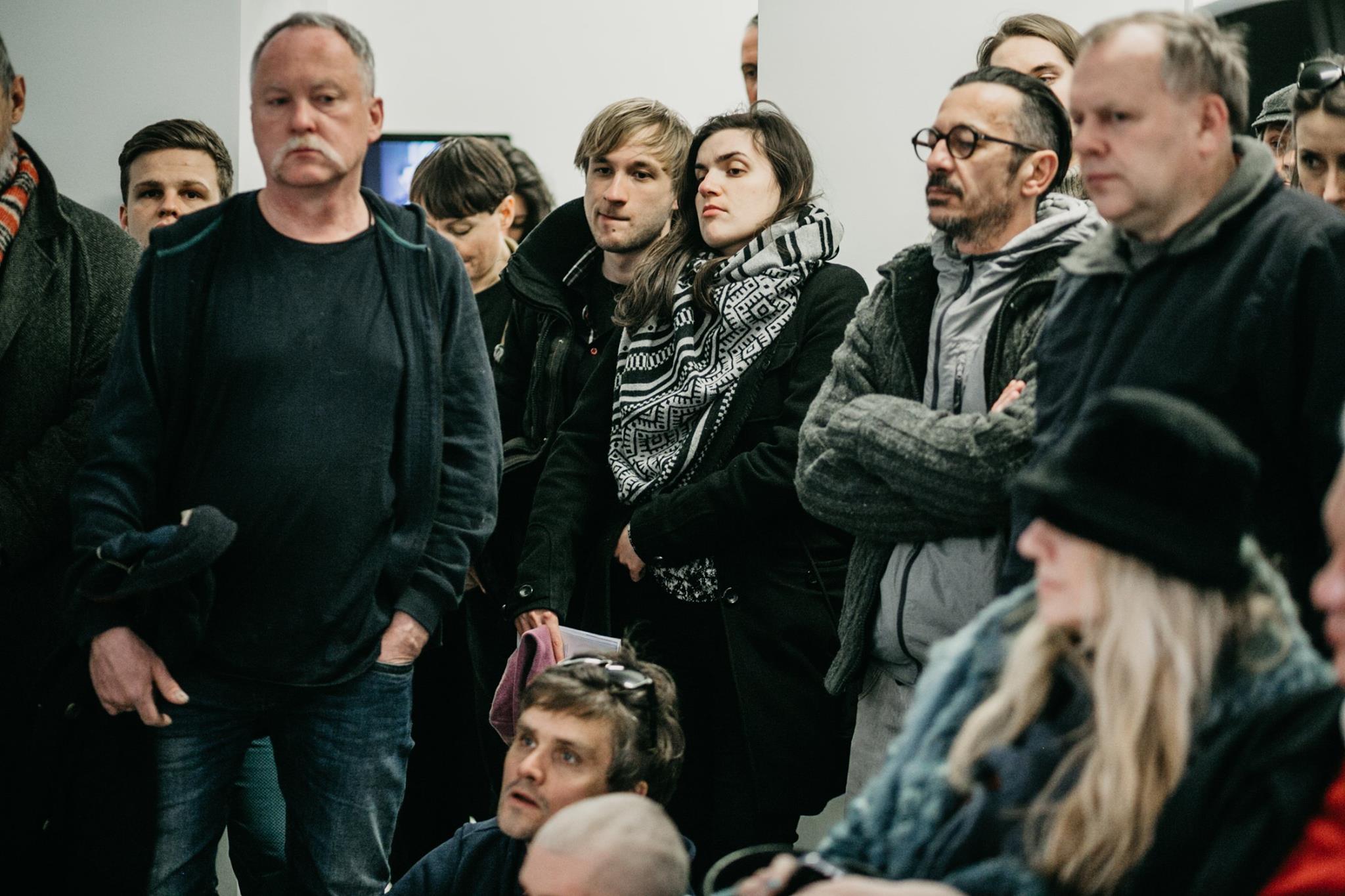 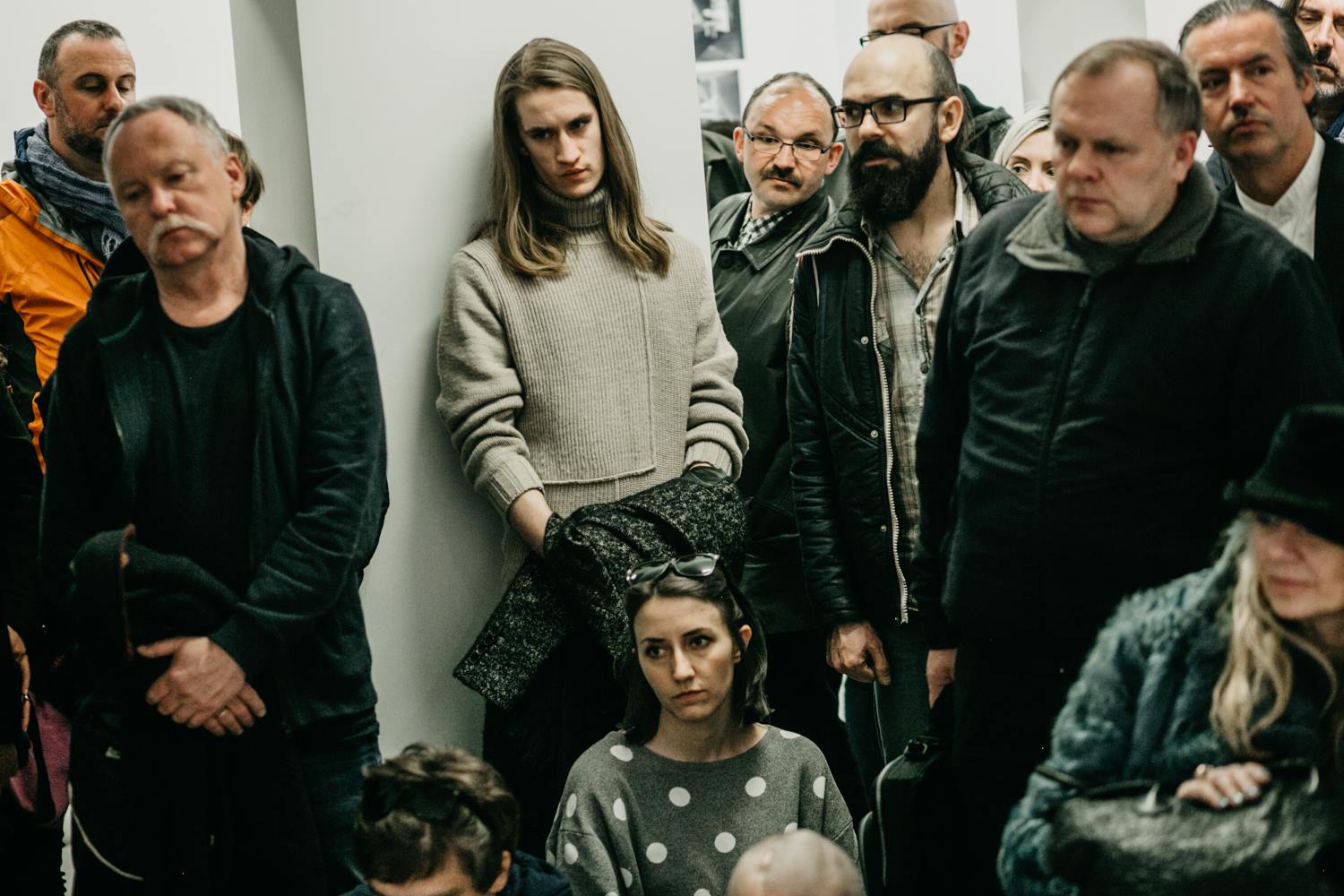 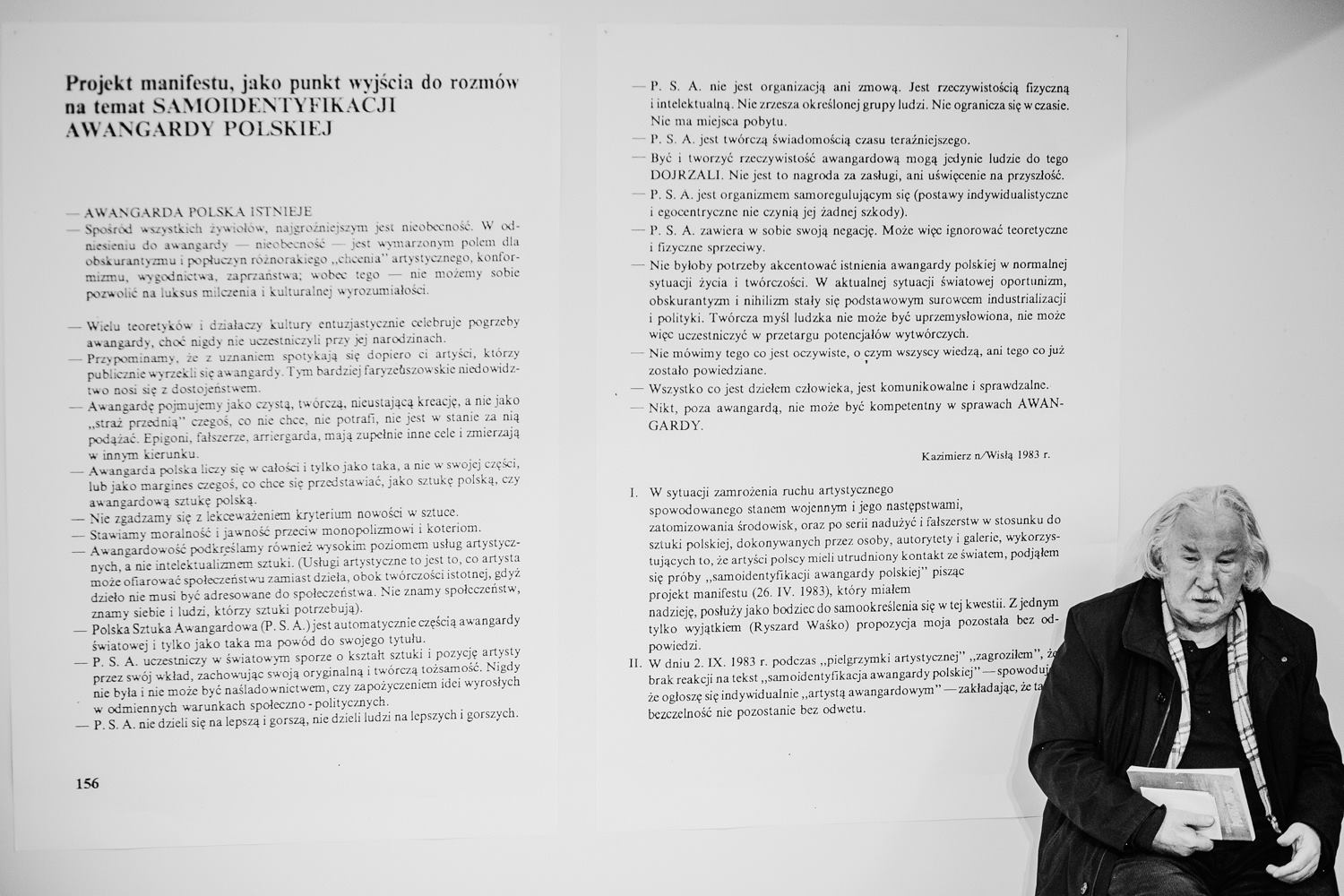 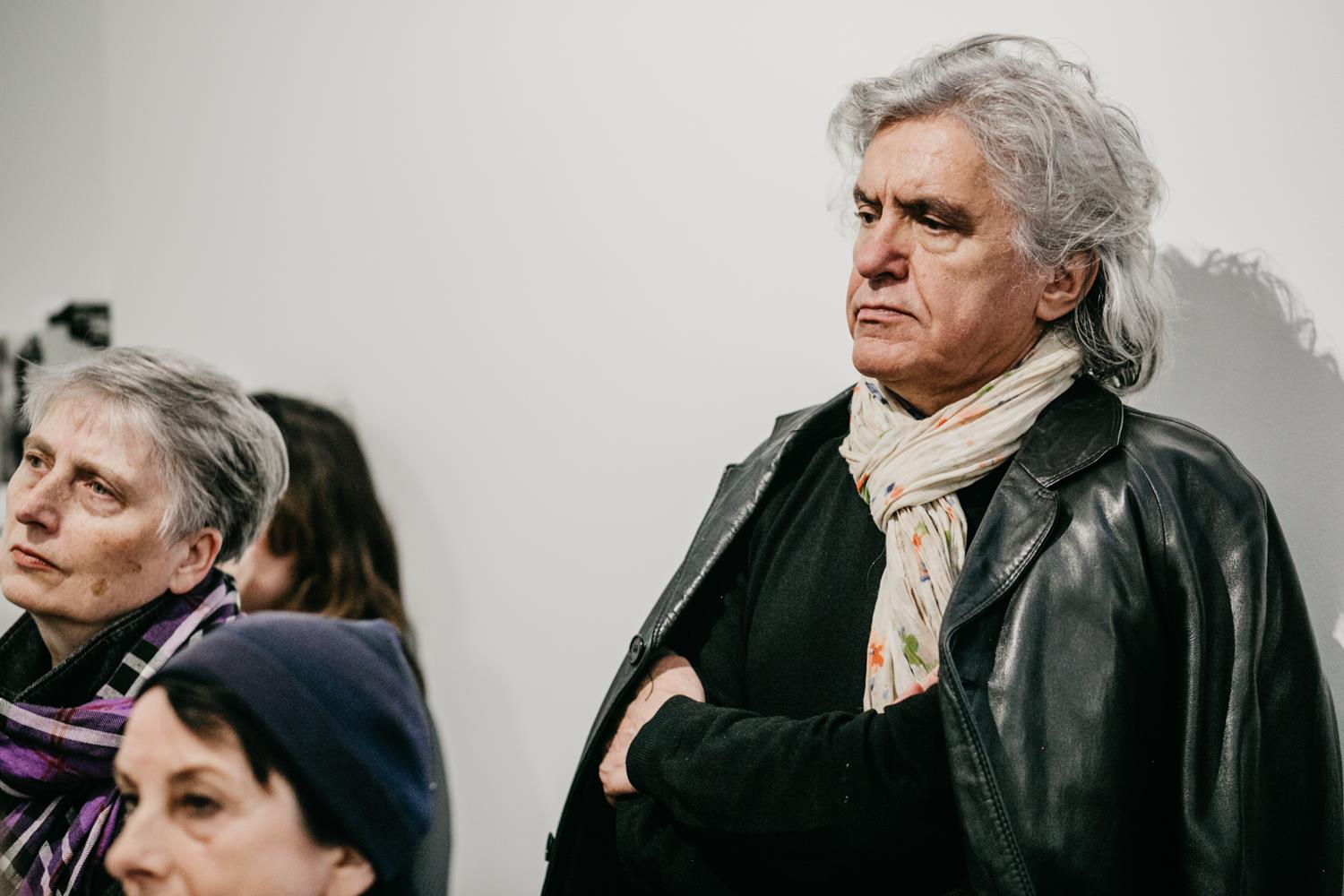 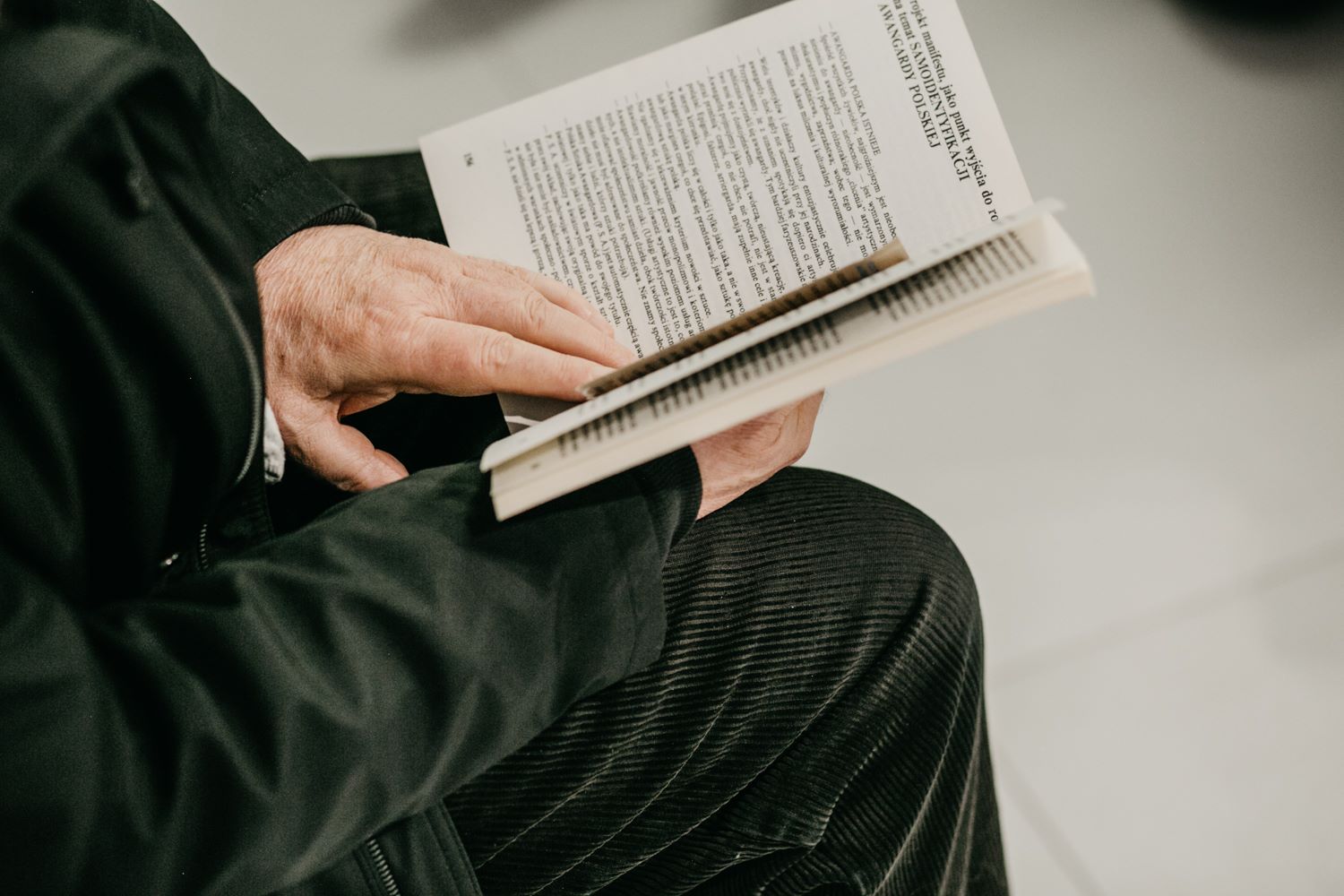 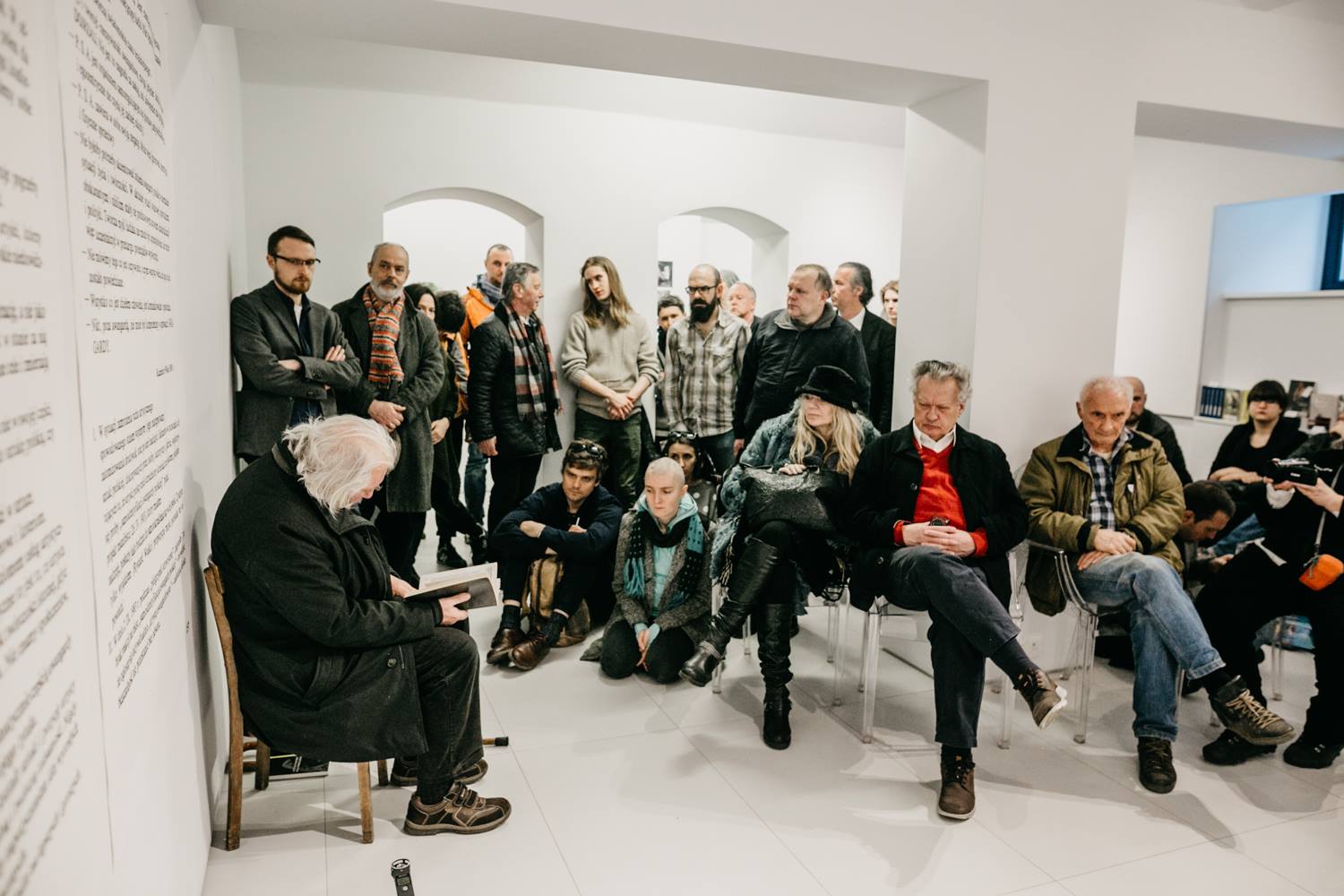 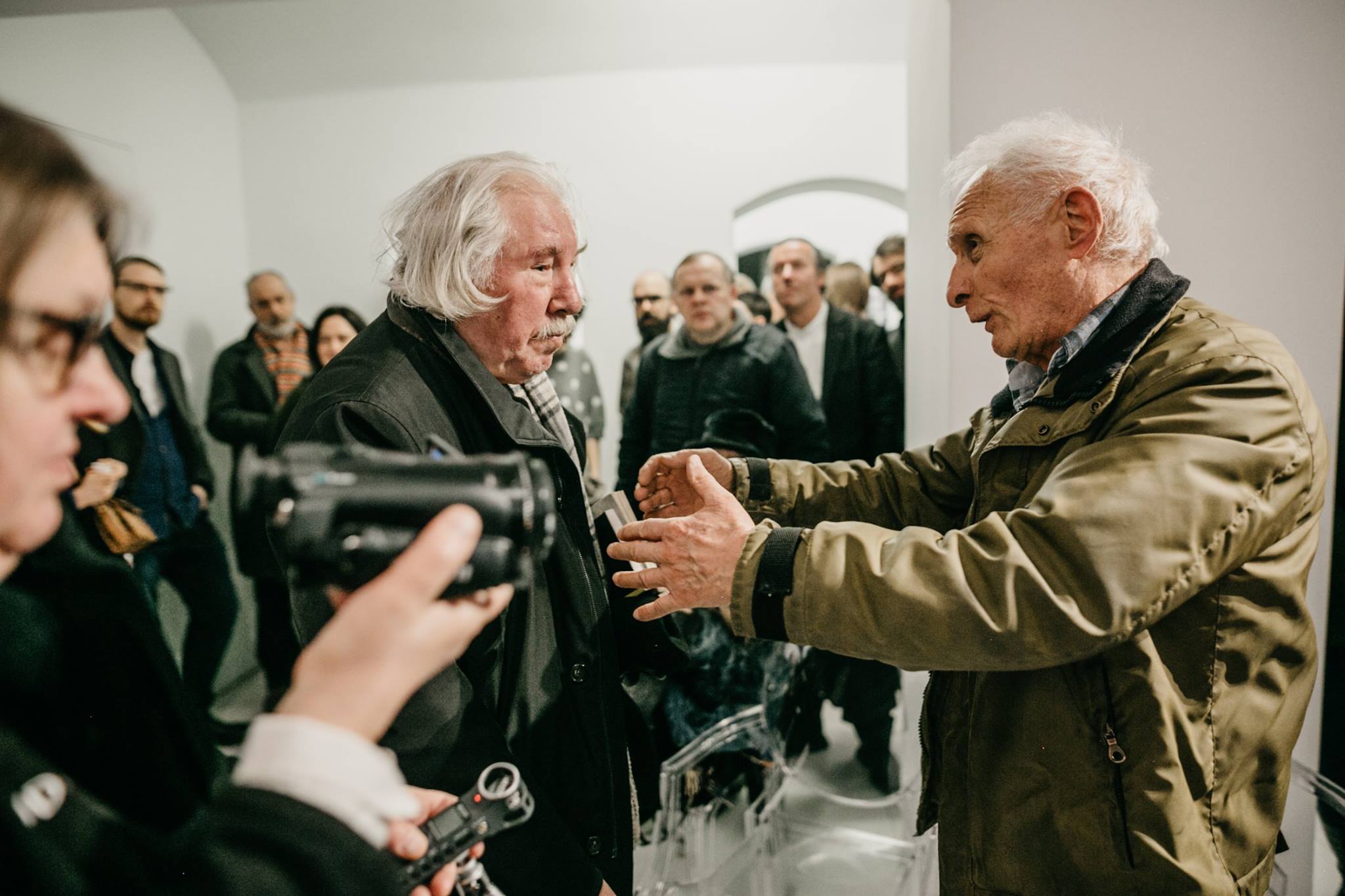 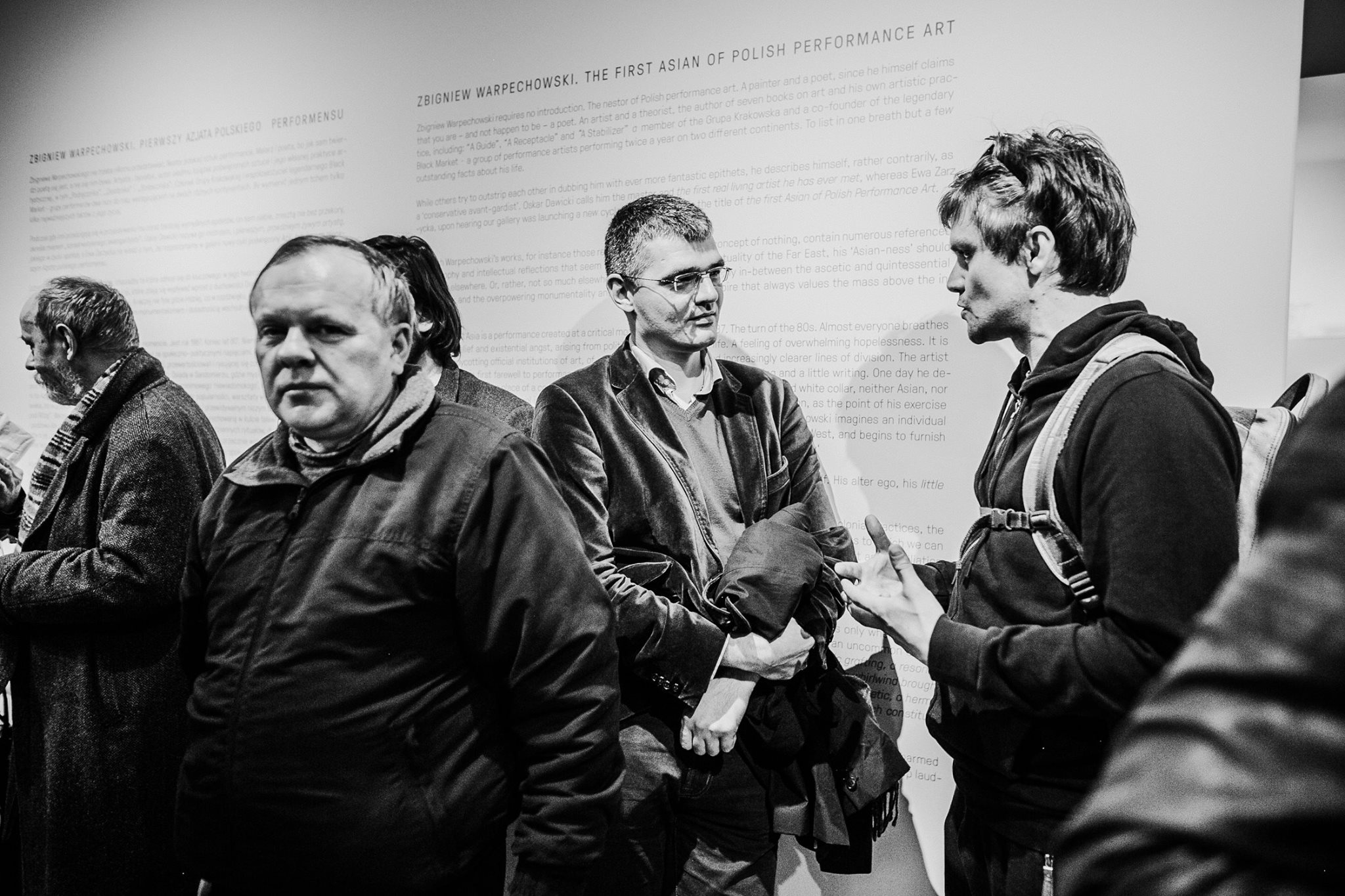 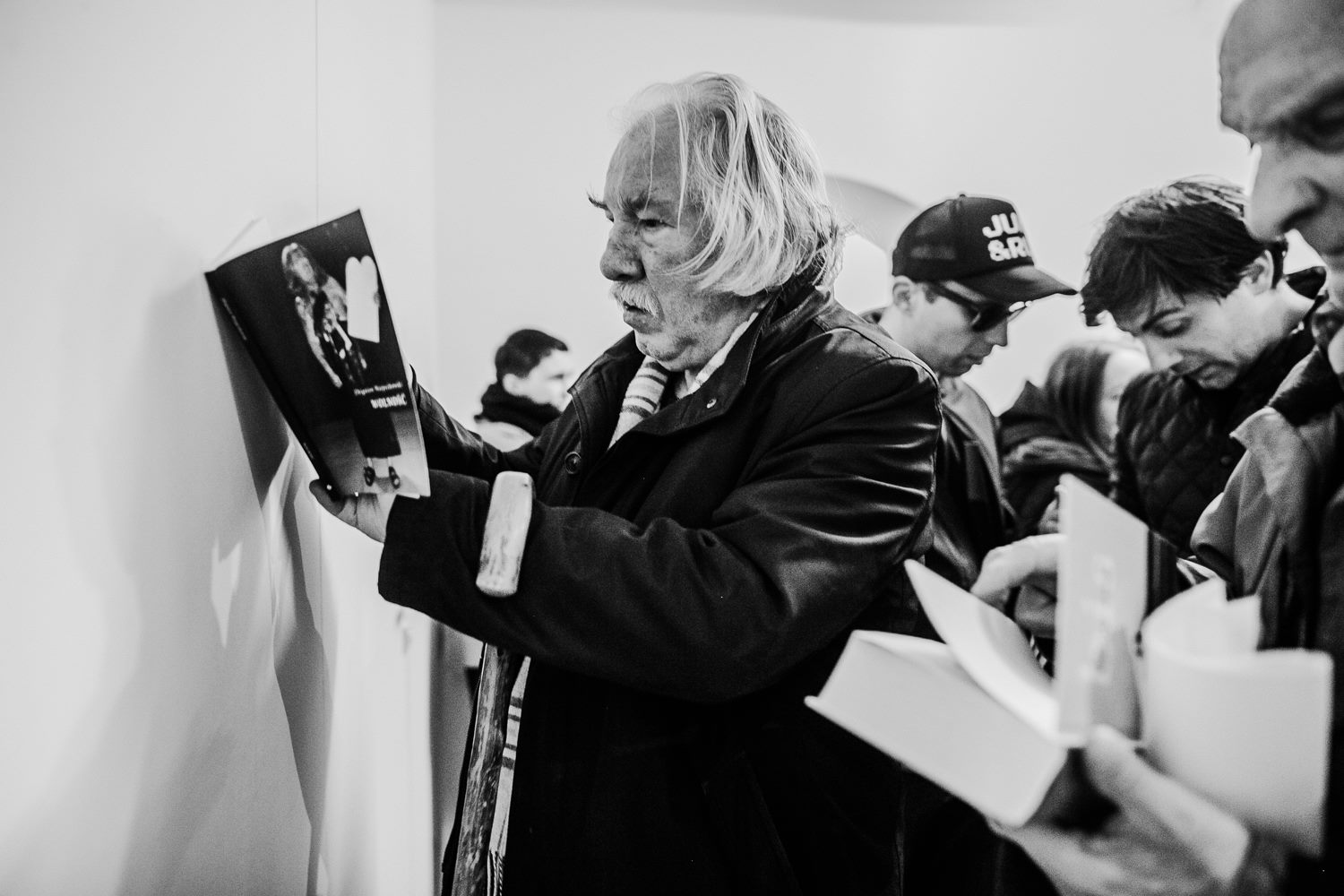 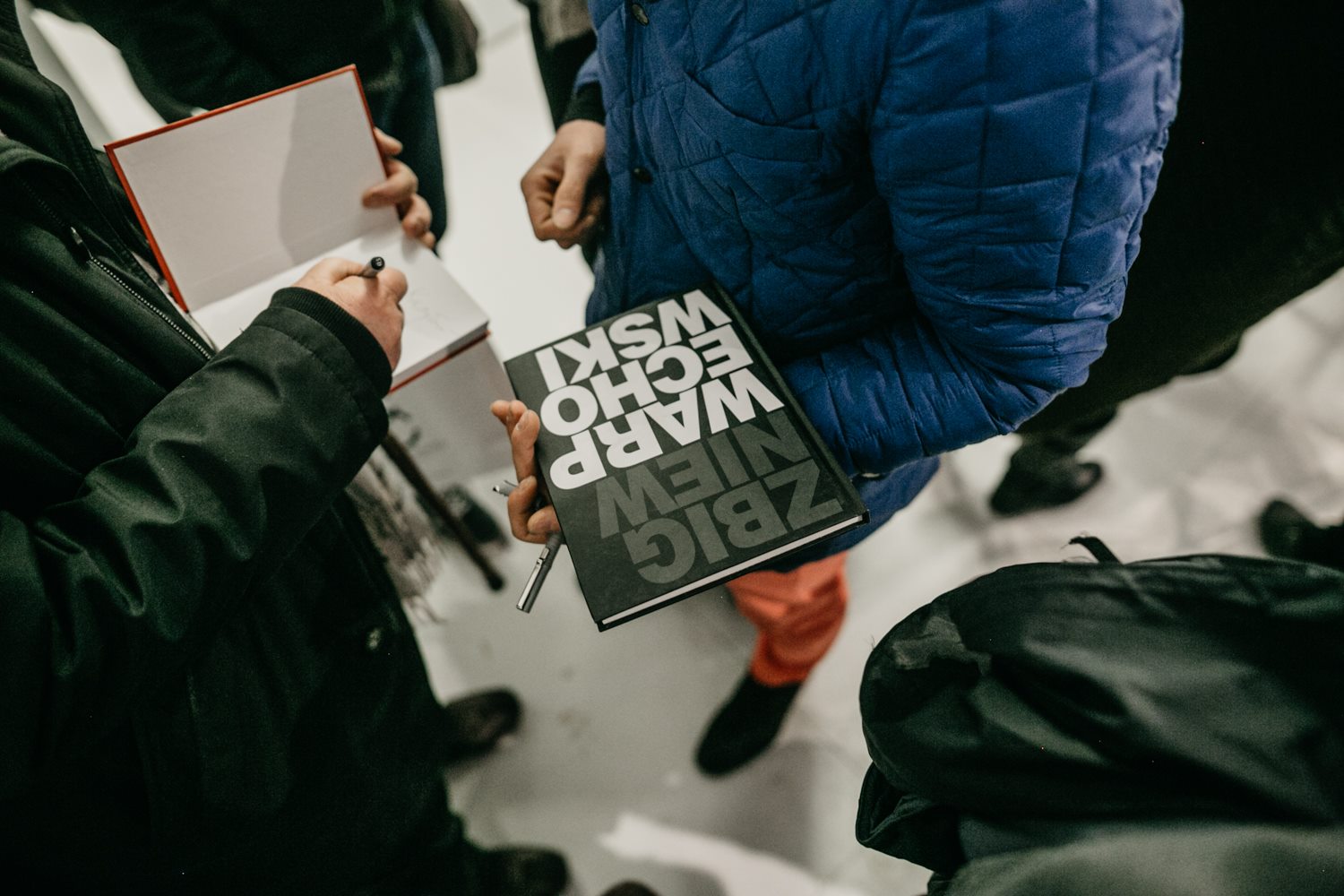 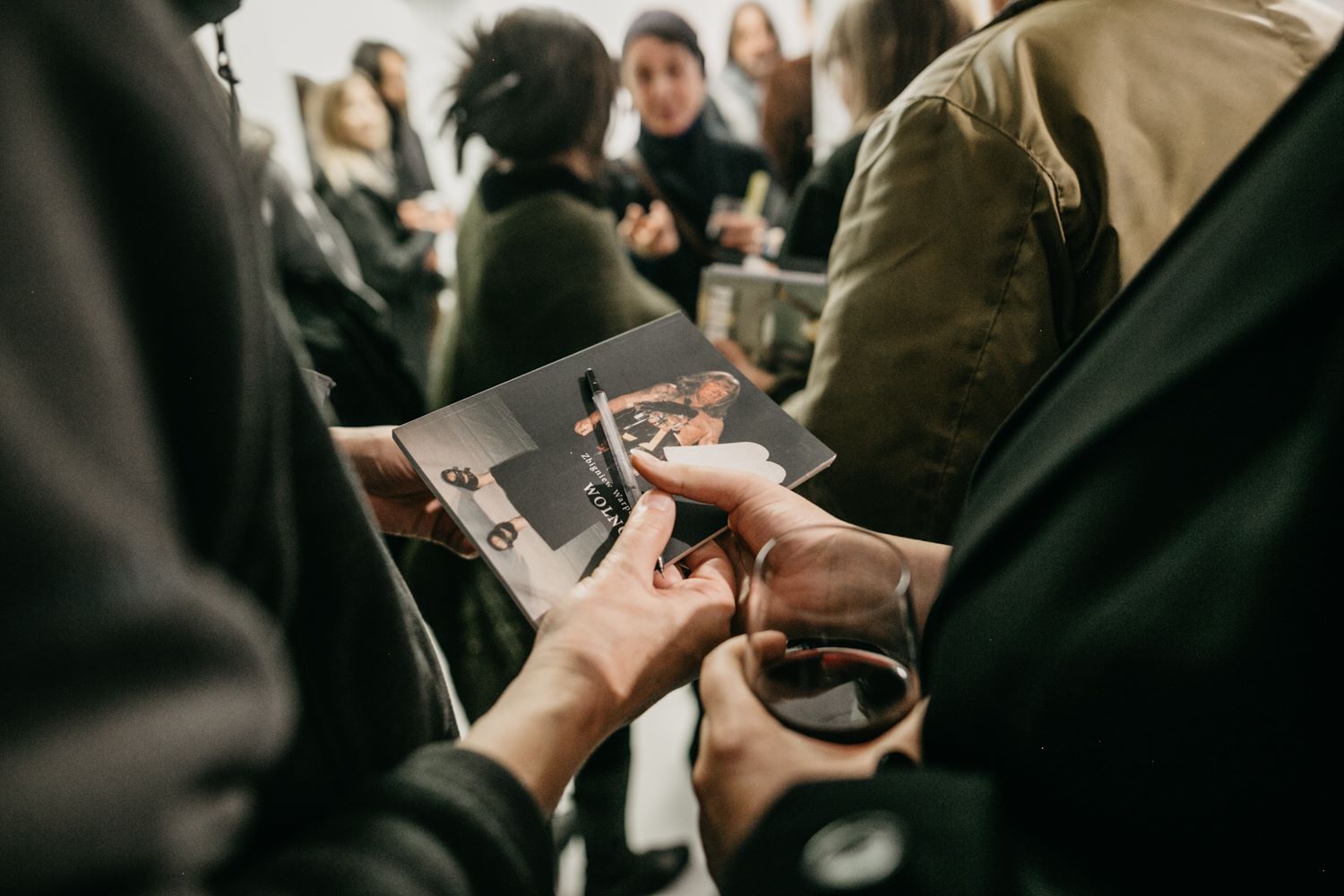 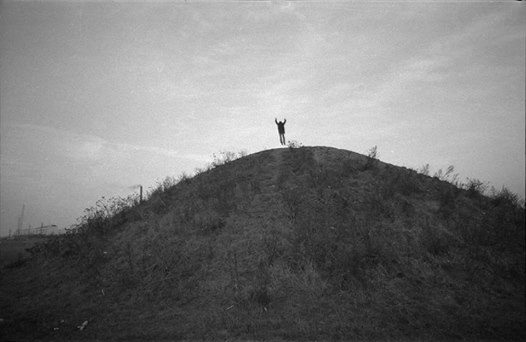