Recently, commenting on a performance event on his facebook, Przemysław Kwiek, a nestor of Polish neo-avant-garde and the coarser part of the KwieKulik duo, famous for his harsh reactions to abuses he observes in social life, critiqued contextualising performance art as a risk, a notoriously misunderstood artistic activity situated beyond acceptable discourse. Tomek Szrama’s responded:
I worked, as a producer and a technician, with artists representing various art disciplines. If I were to compare them, I’d have to admit that performance remains the most risky. You are a case in point. Even when you paint lilacs, you risk a life. As much as I’d rather refrained from taking a stance in the discussion, especially that I am deeply convinced that both perspectives would be quite easily reconcilable, there is no doubt about the fact that performance has surely become a heavily exploited art discipline, well set in the art canon as in malleable formaldehyde, nor about the fact that Szrama has made risk – understood as being open to the uneasy, transgressing zones of personal comfort, a gesture of exposition and intentional vulnerability – a central theme in his work.

The sentence: “Risk is essential in my performances.” opens Szrama’s unpublished statement, which can be read as the performer’s peculiar manifesto. He writes there e.g.: “Involving spectators with no prior agreement, I am forced to improvise so as to create unpredictable situations, images or even big installations. In the time of social media I strive to meet people. […] I desperately try to be understood, even though my work touches on the ever-present potential for personal failure. Twenty years ago I moved to Finland. Unable to express myself in a common language, I started developing my own performance practice as an alternative way of communication.” Although one could debate whether and to what extent the addiction to adrenaline, pumping his blood ever faster at an exploding pressure, remains a risk, rather than a trained practice, it still is – in the context of Szrama’s performances – a kind of luxury, a tension between continual personal rediscovery in given situations and contacting the public, an element, there’s no denying, at times as boring and predictable as episodes of a Polish state television series, but one time after time capable of astonishment. A Neo-Dadaist zeal, a slightly slapstick sense of humour and recurrent morbid jokes. An open-heartedness and a disarming honesty. A failure so absurd that it is hard to tell whether it is ridiculous, or poignant. An unreasonable euphoria and a host of doubts. This, contrary to appearances, is not a description of an episode of manic psychosis, but a case of a certain performer. 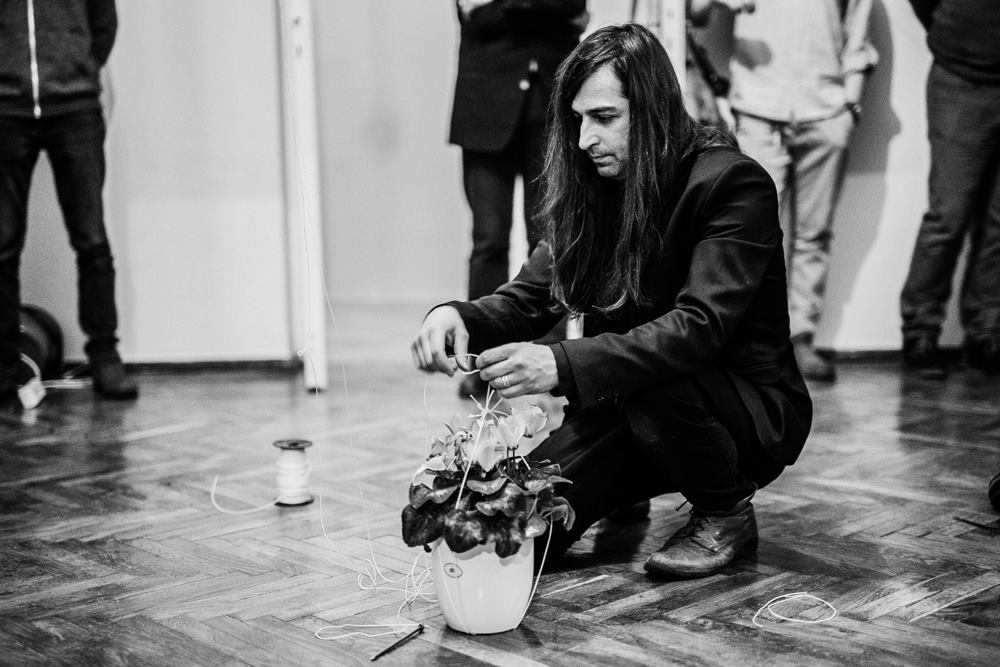 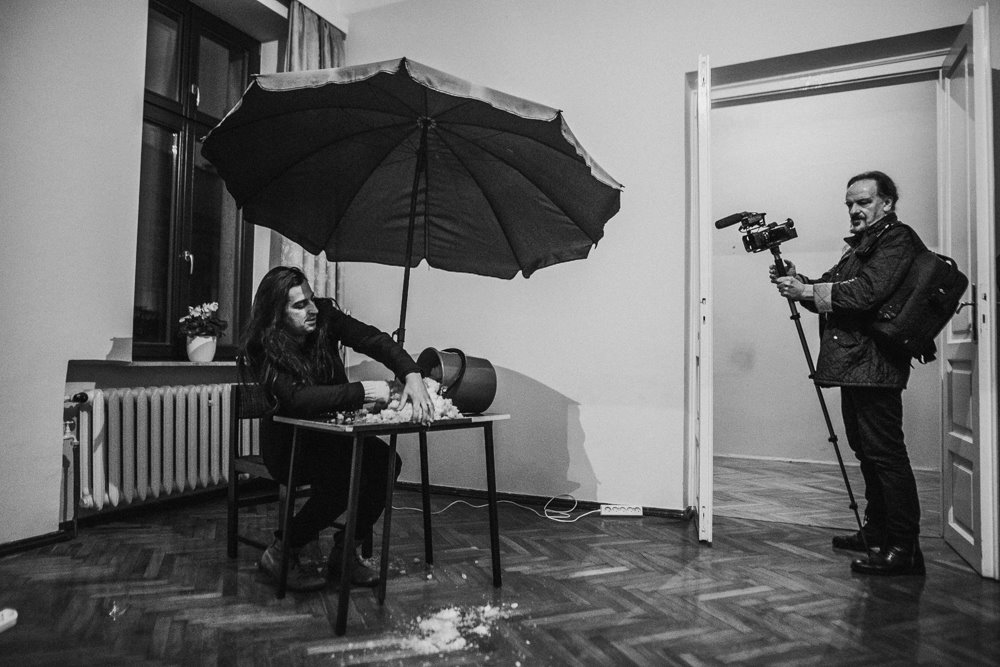 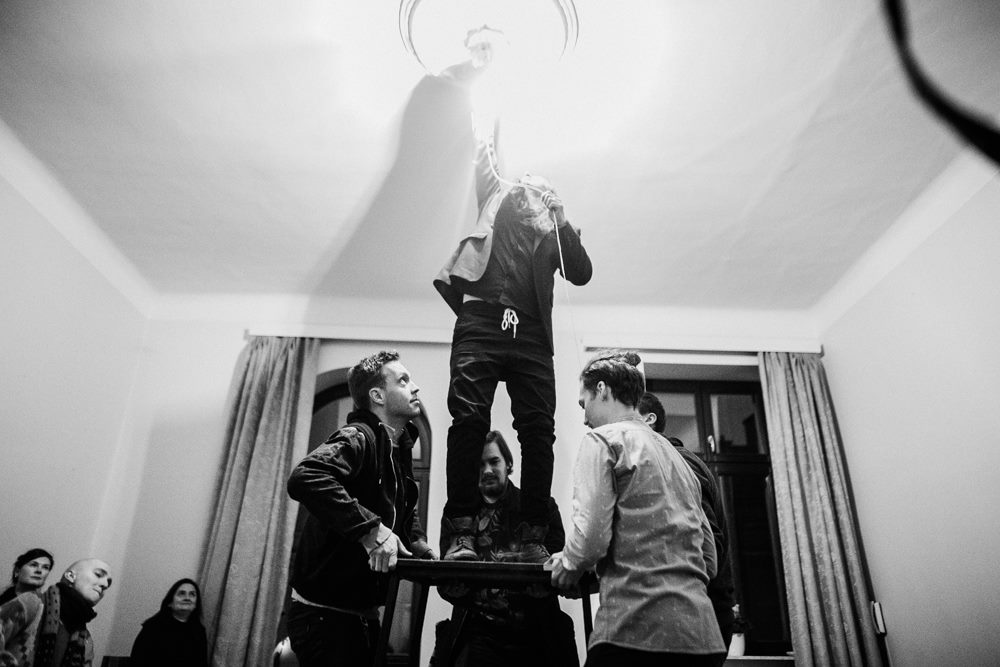 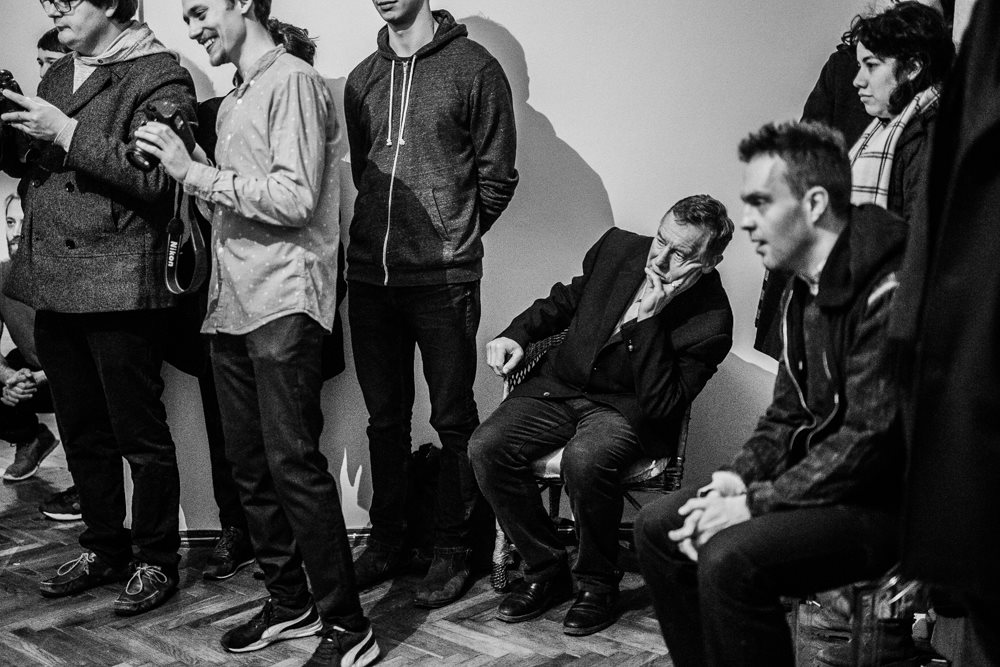 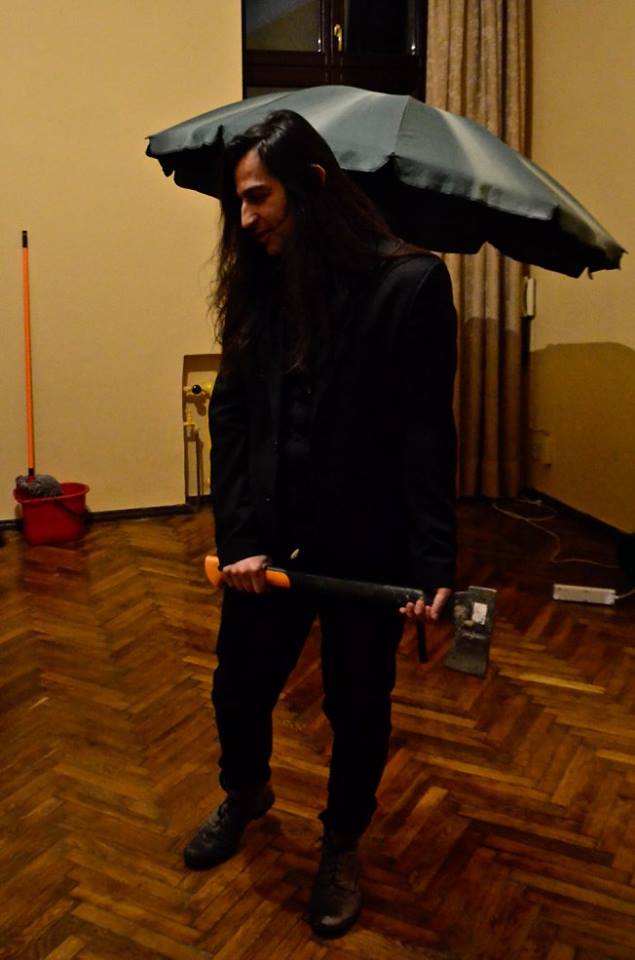 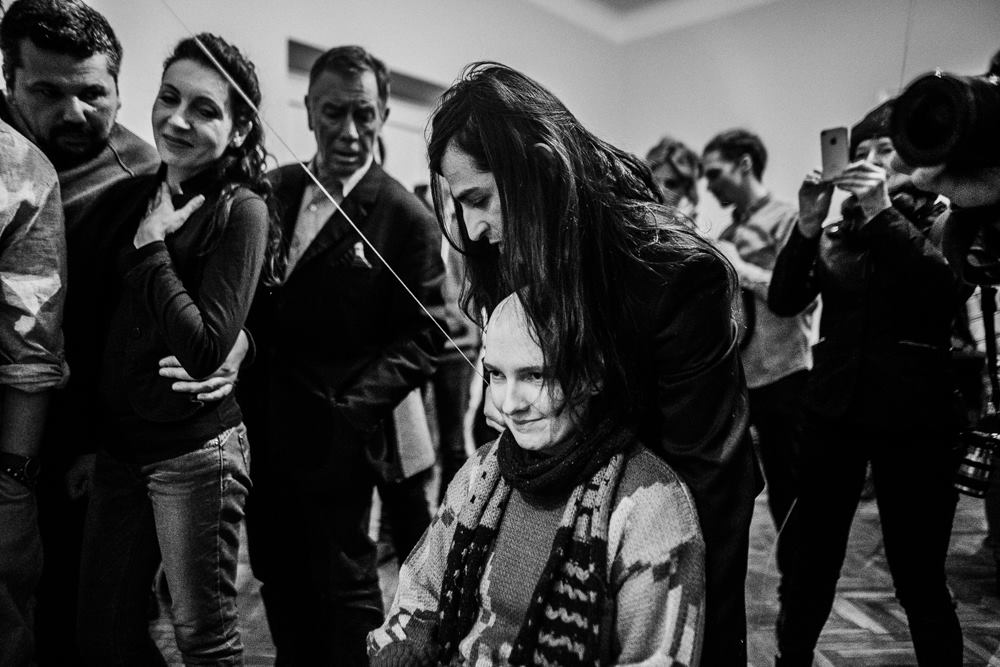 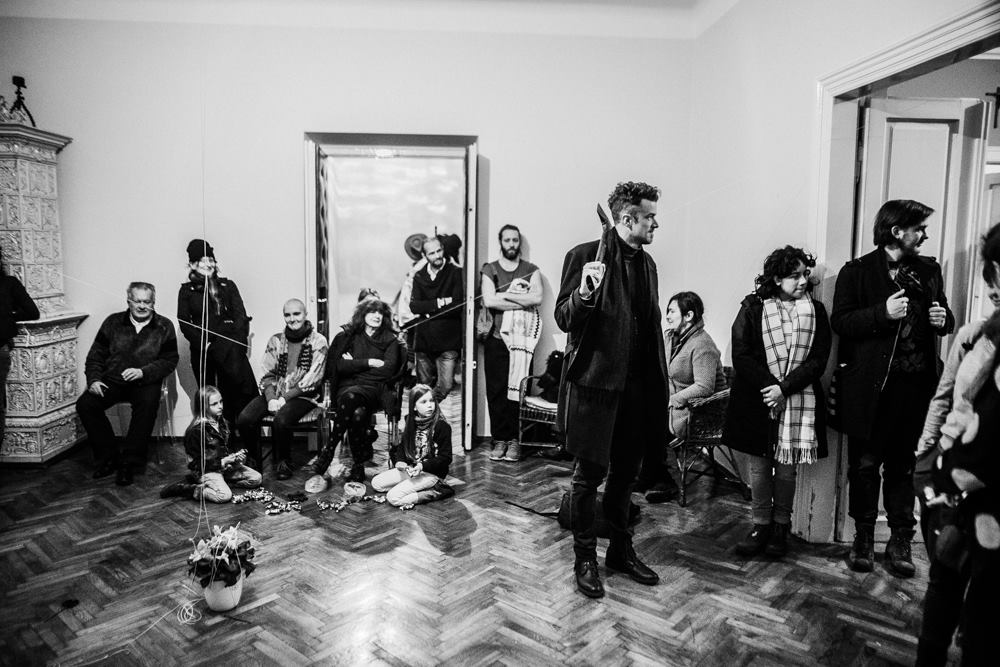 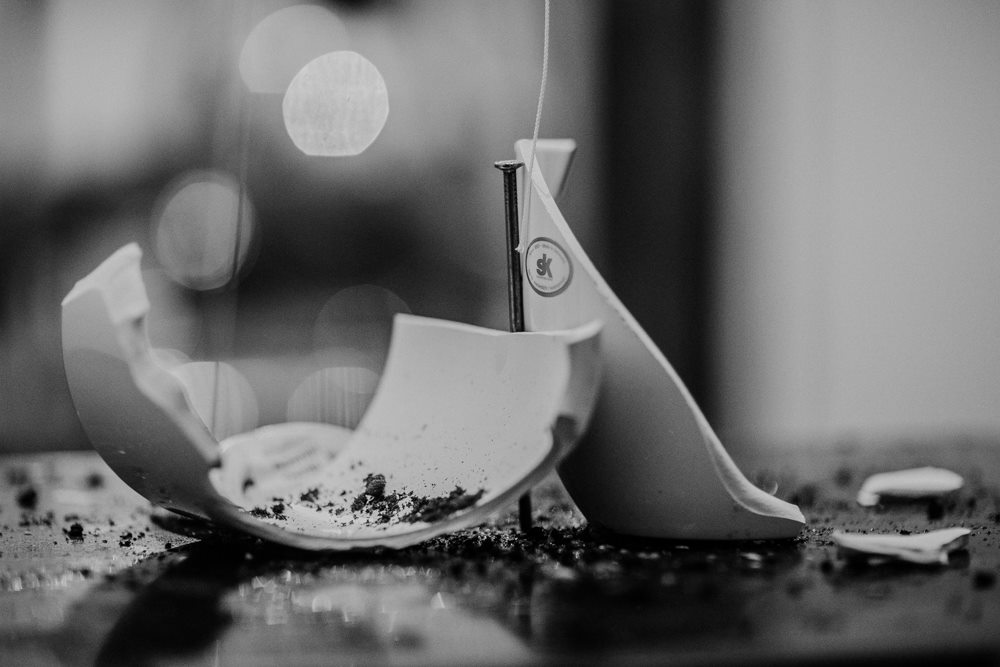 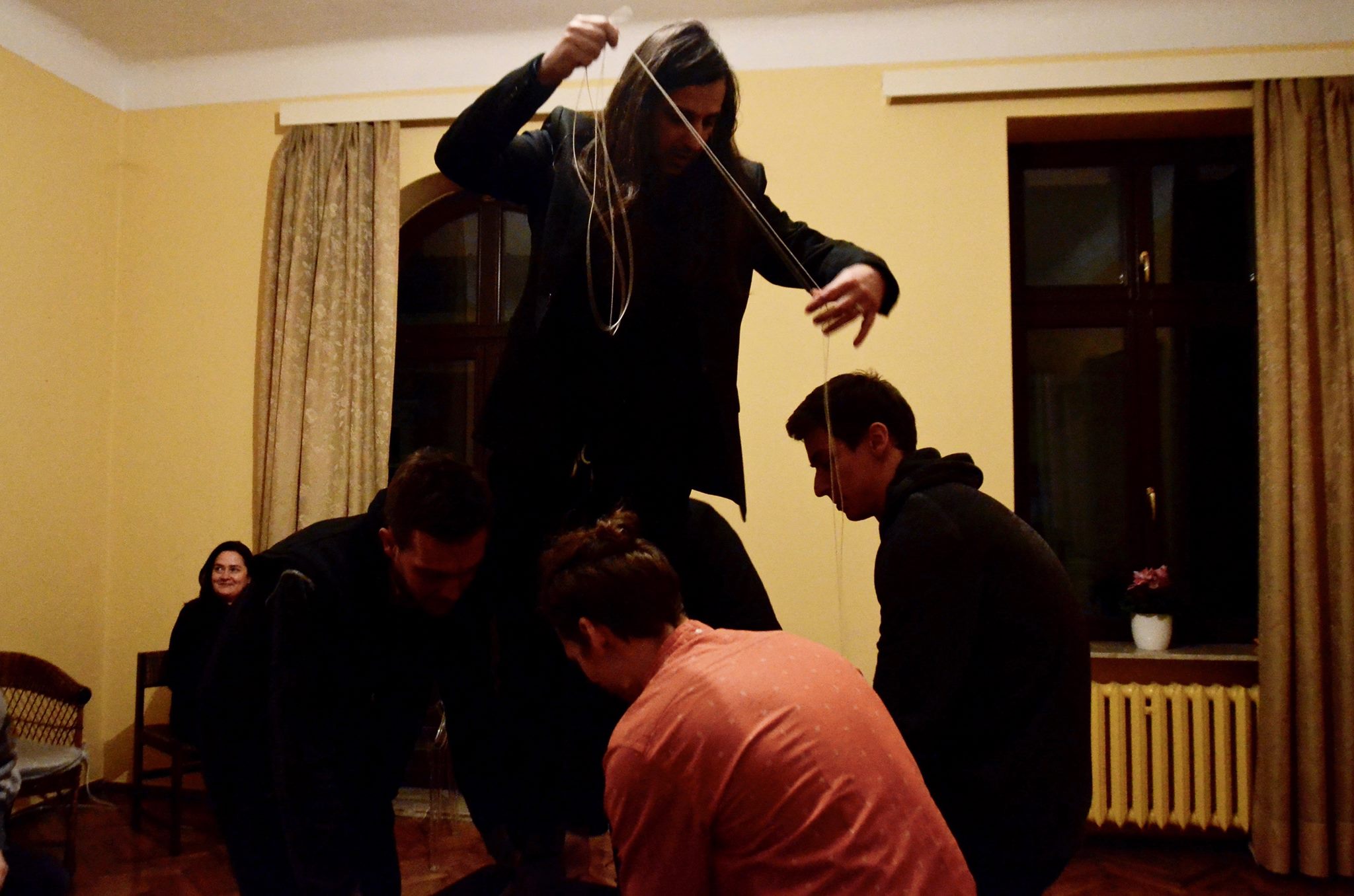 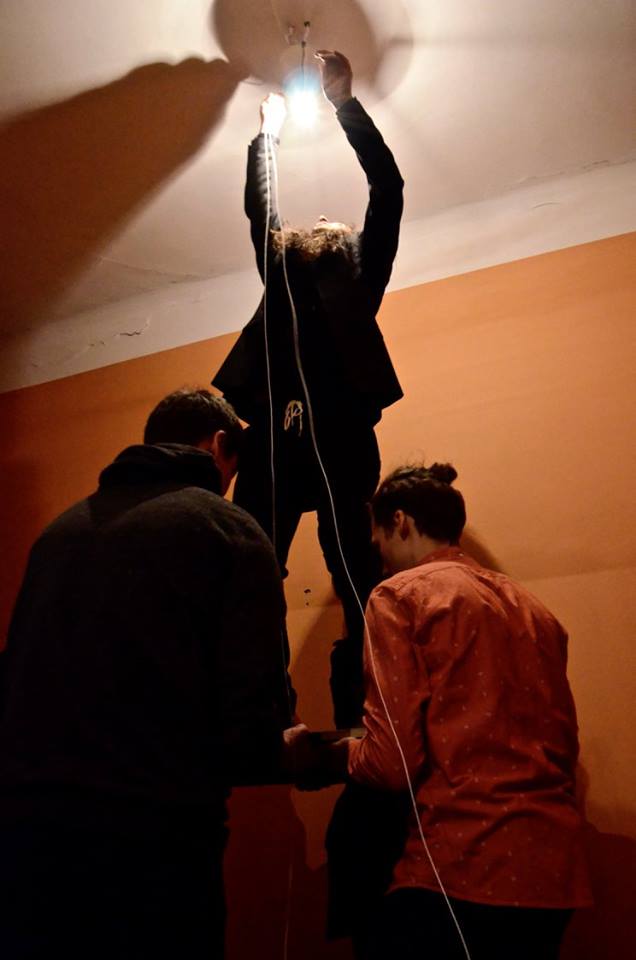 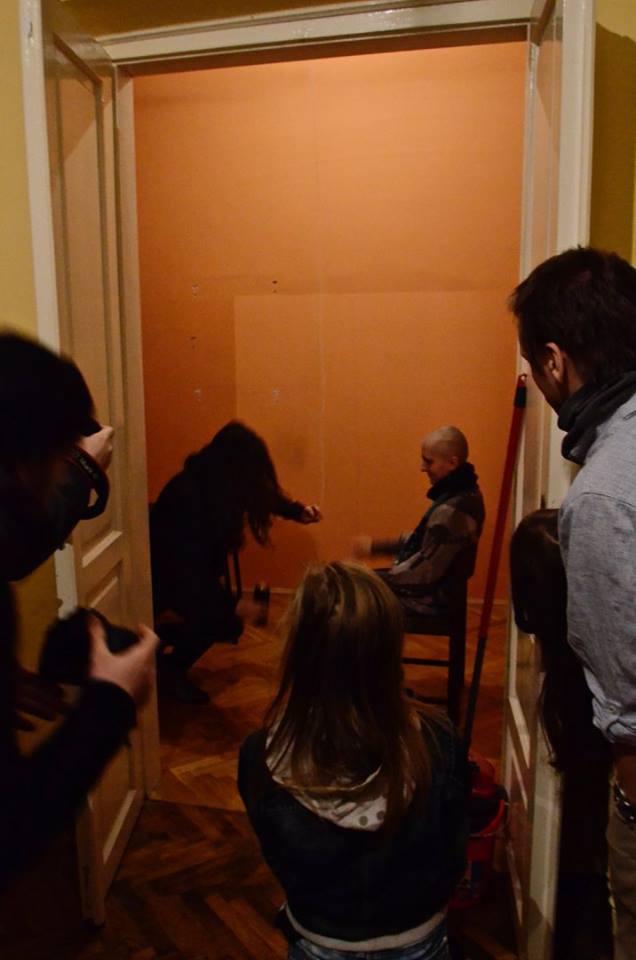 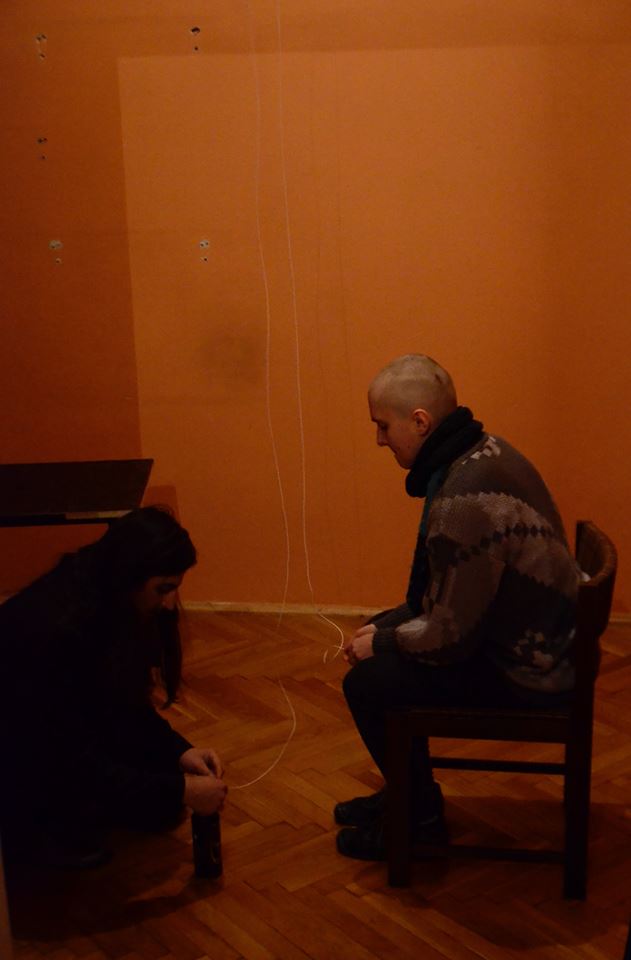 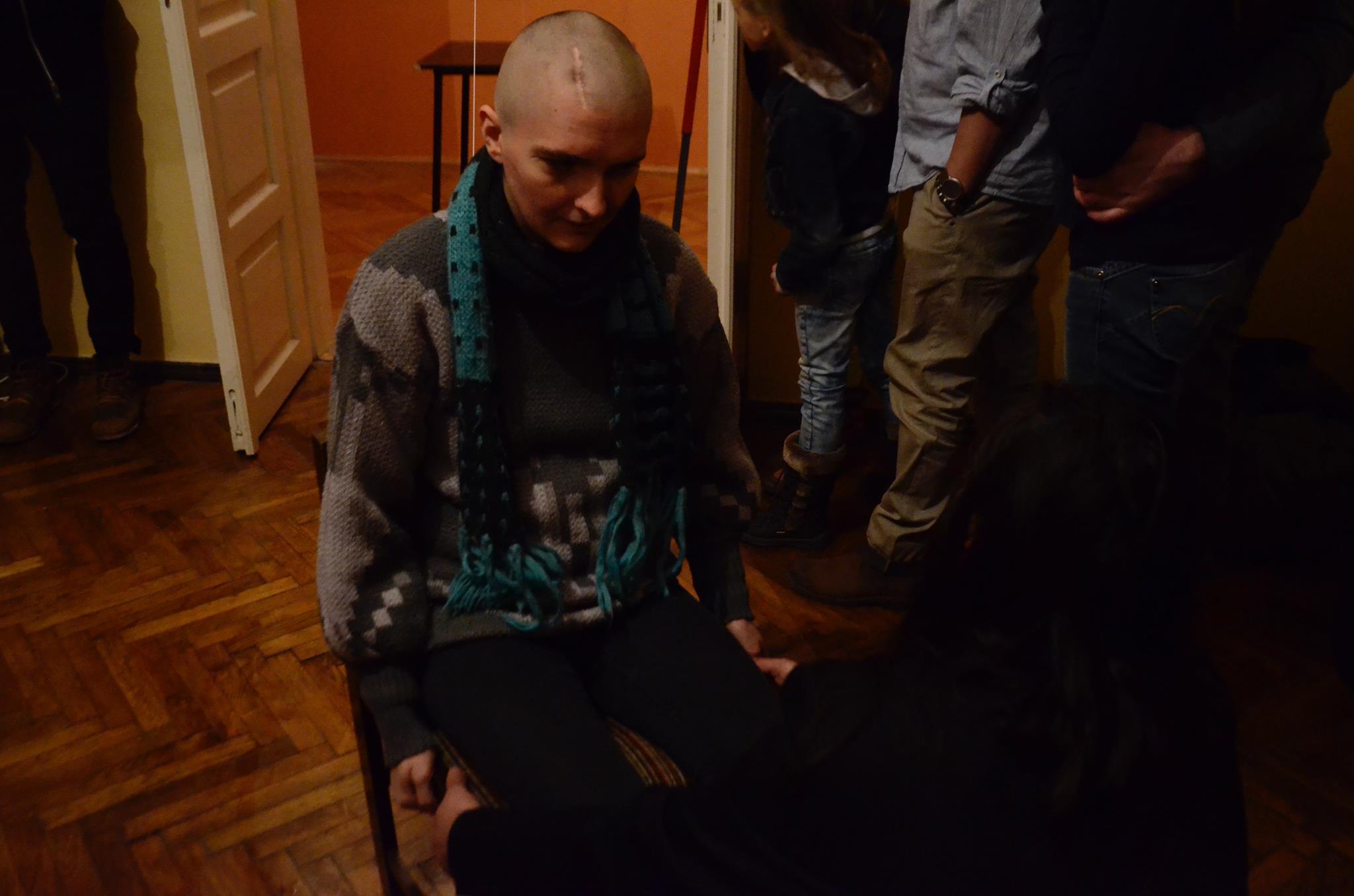 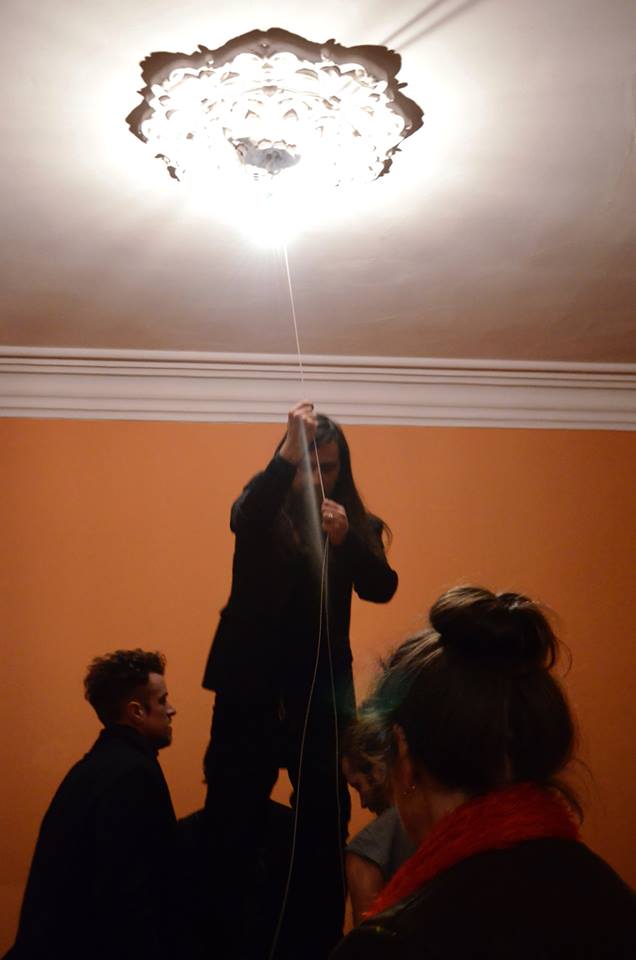 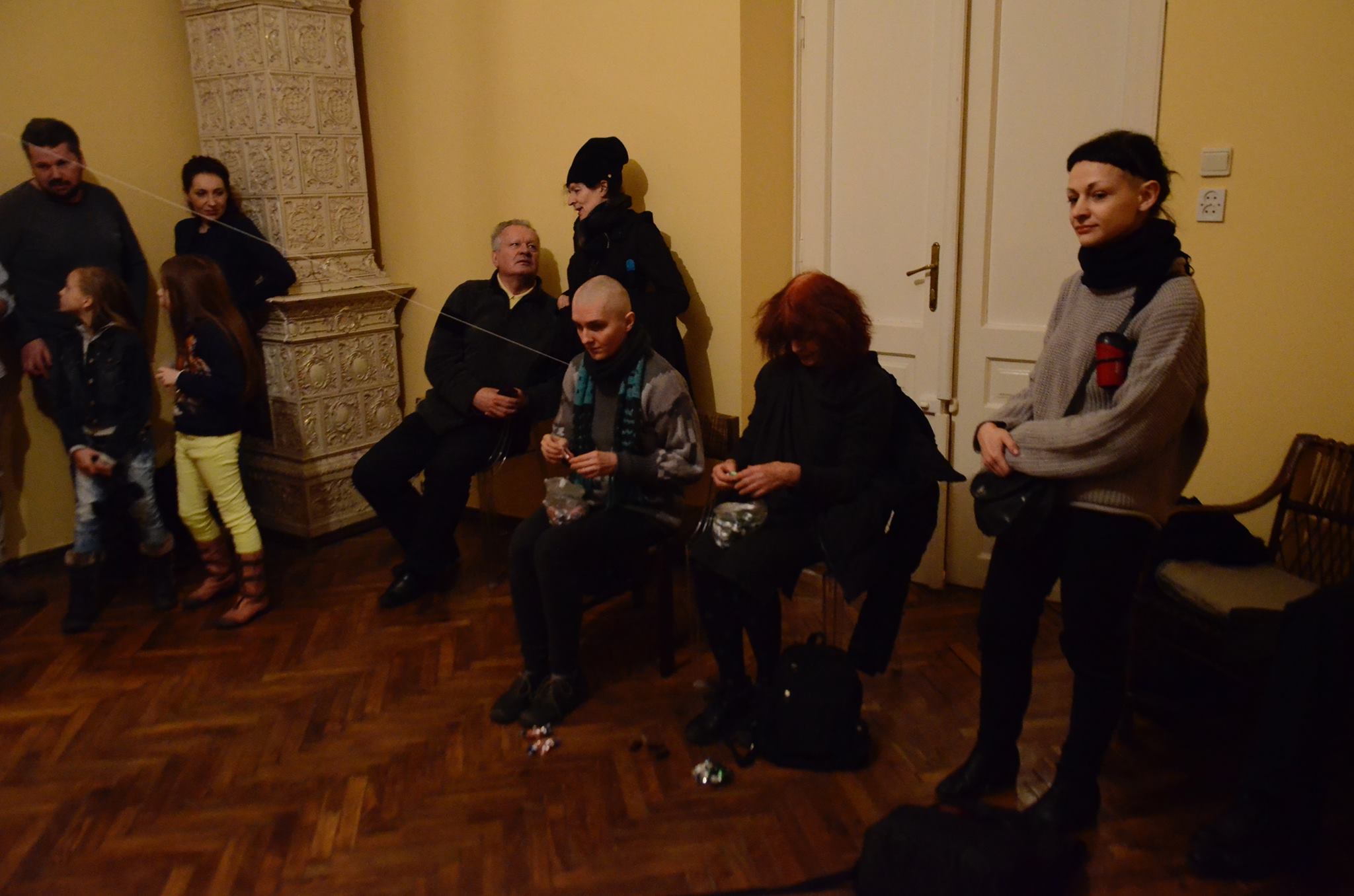 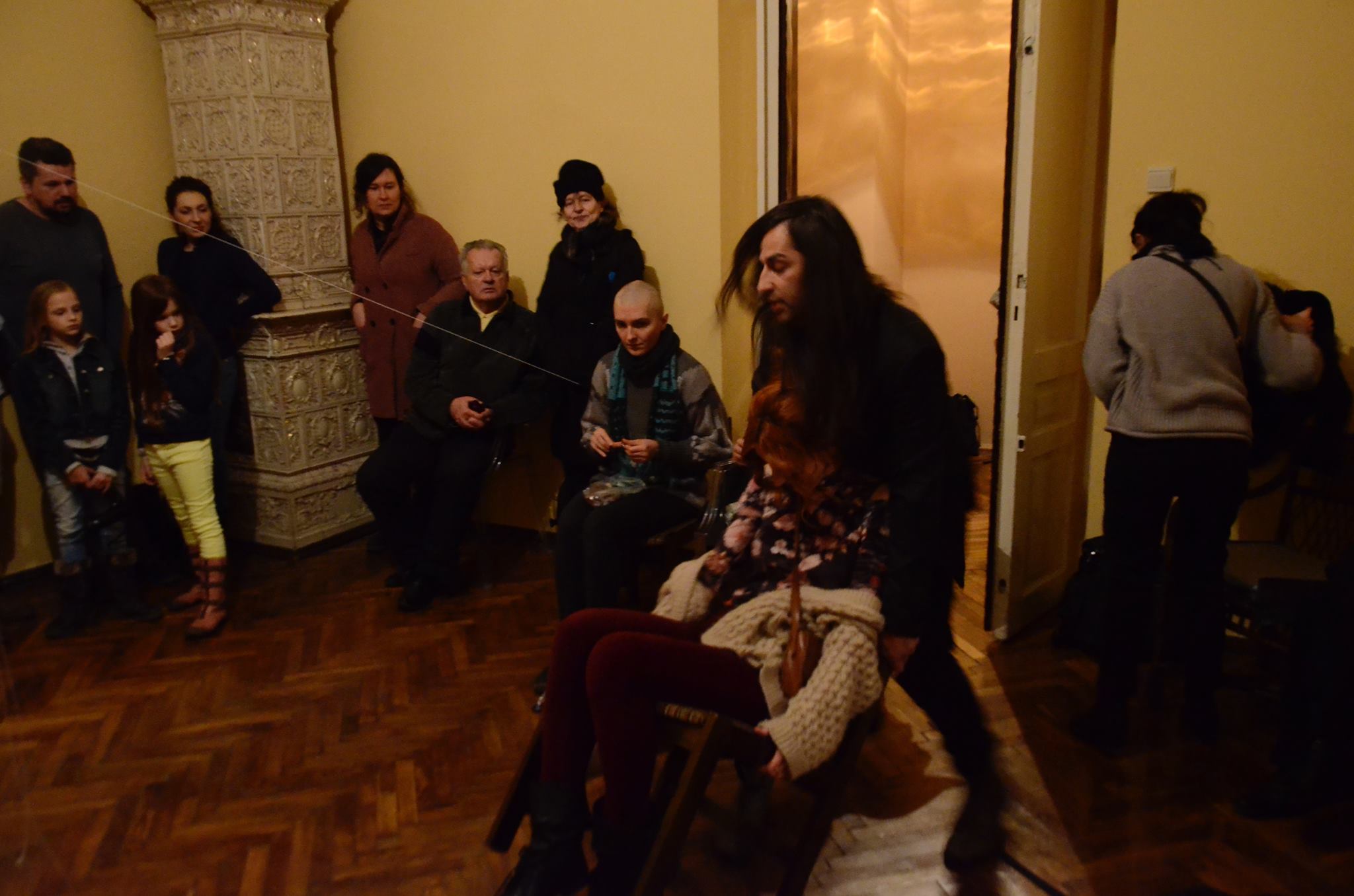 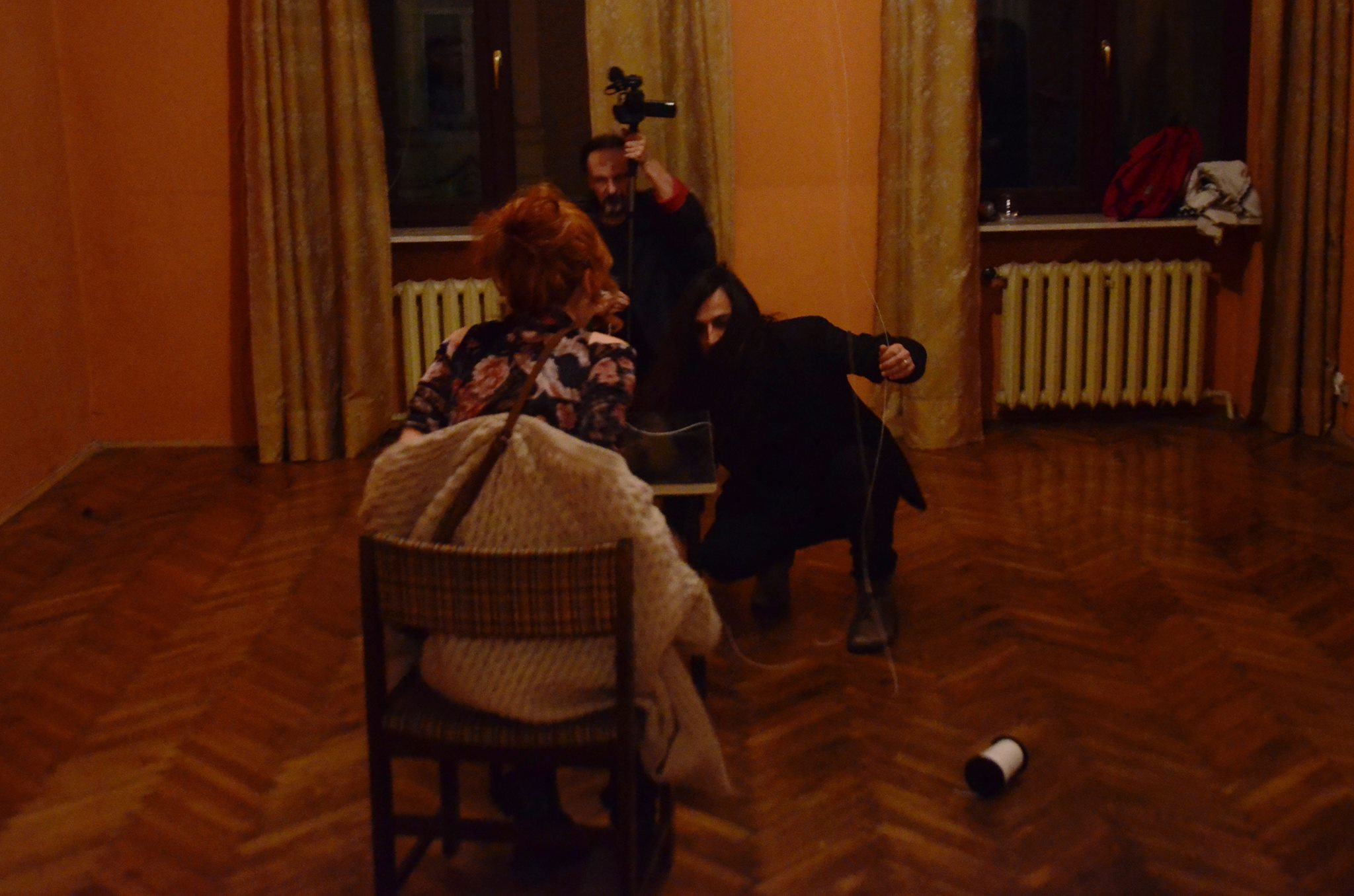 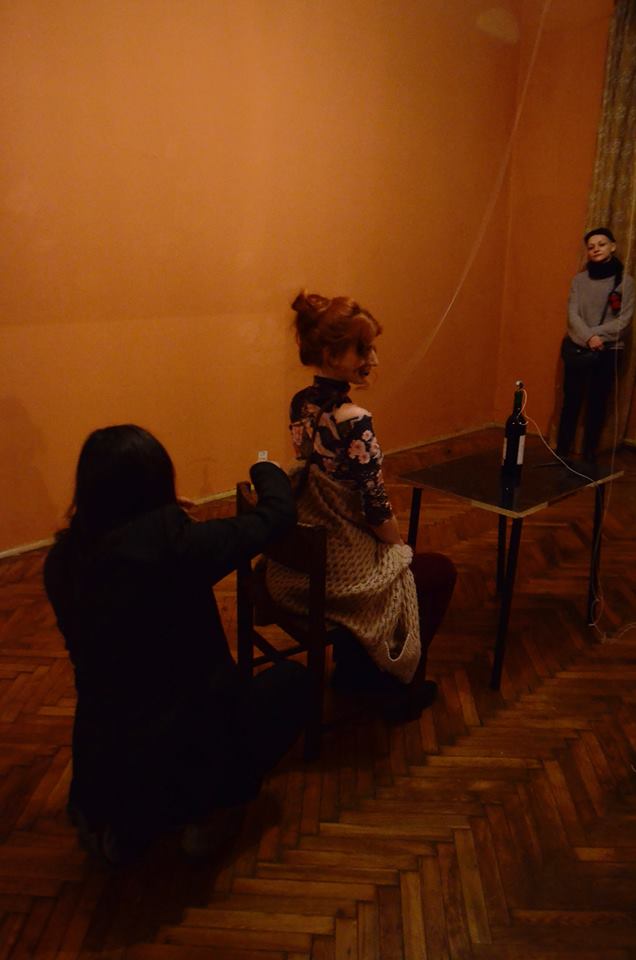 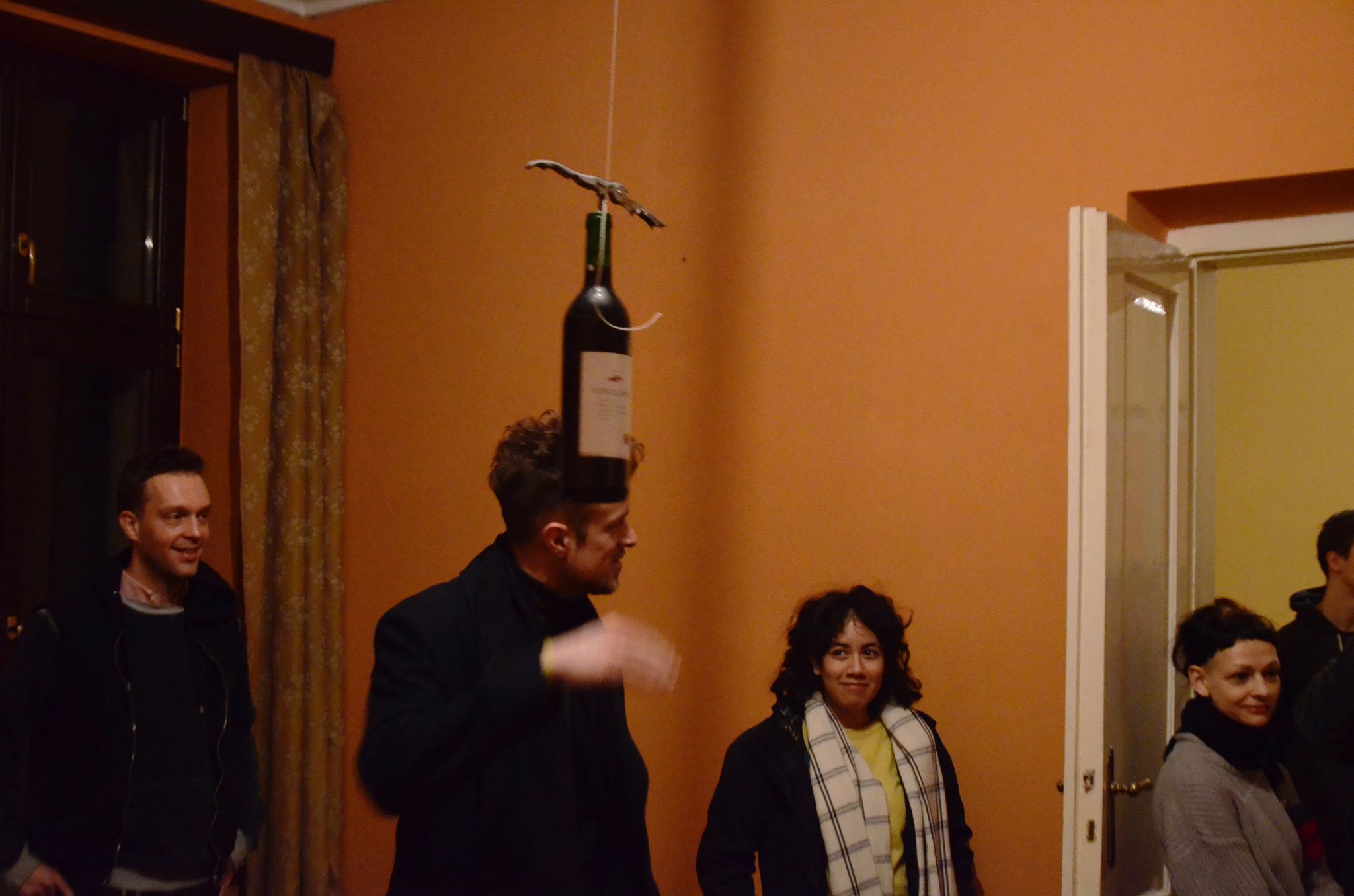 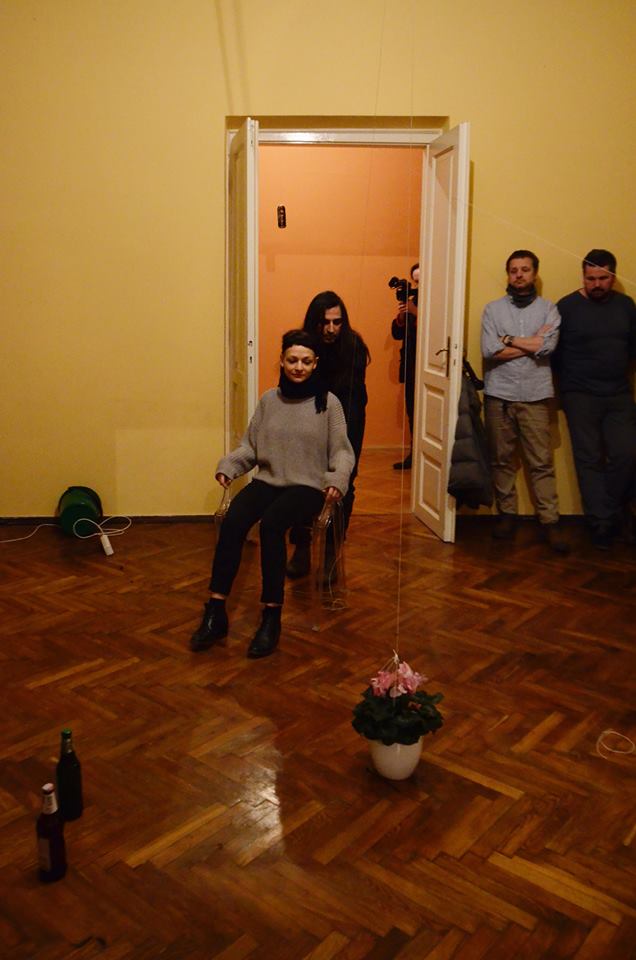 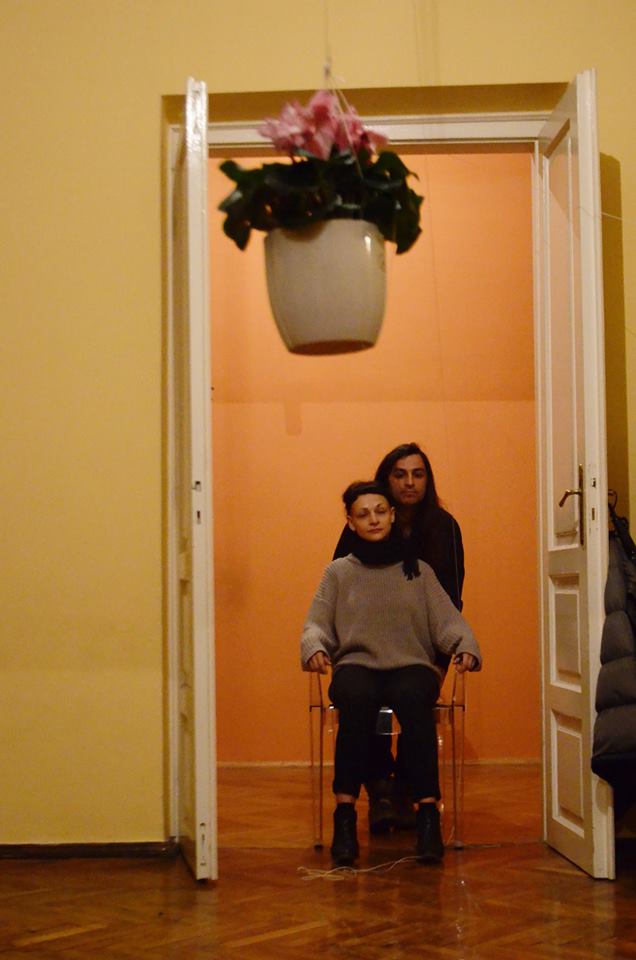 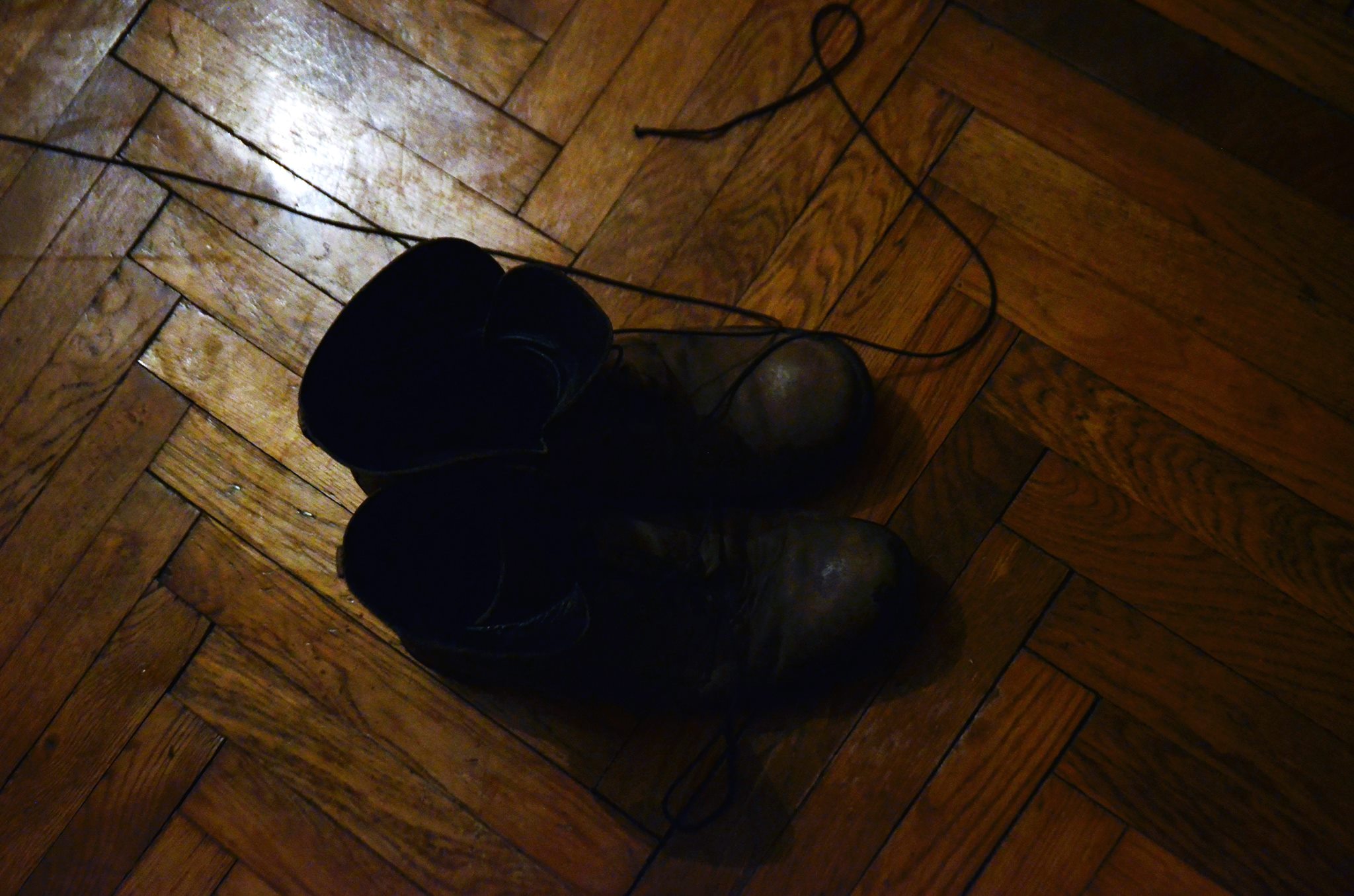 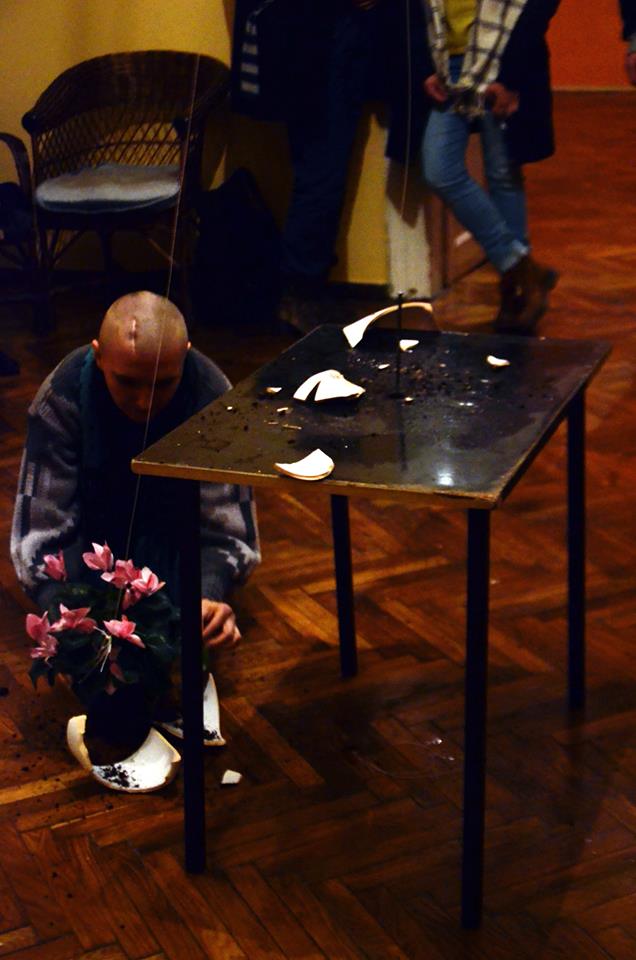 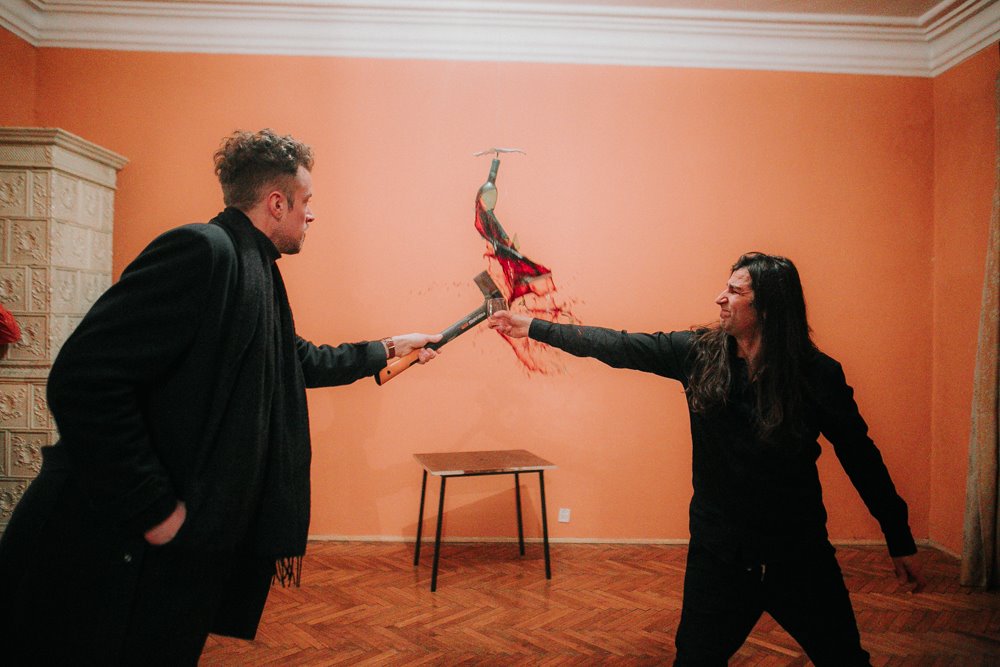 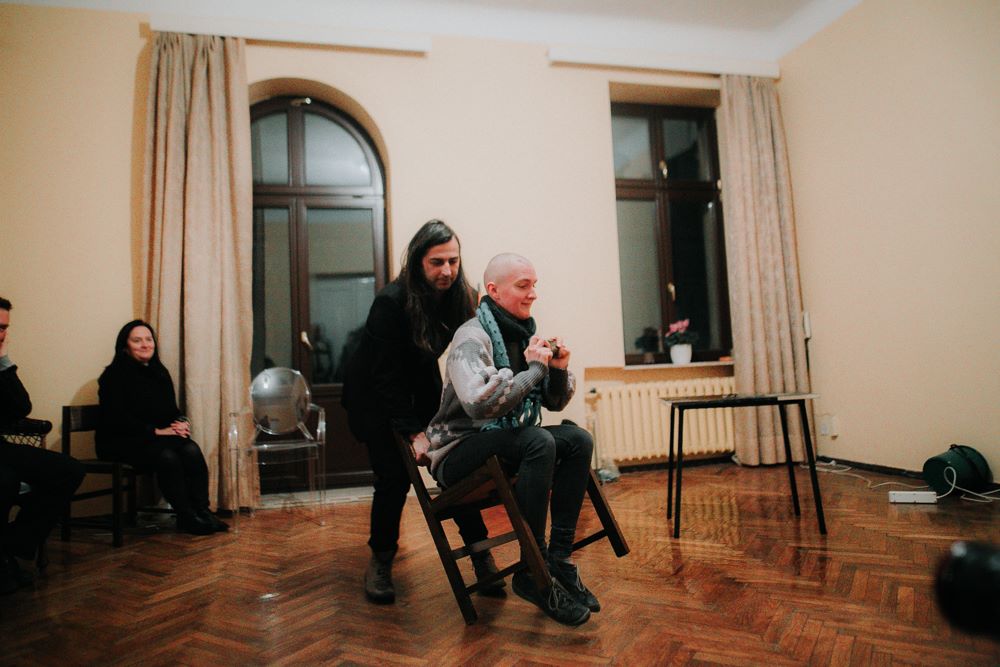 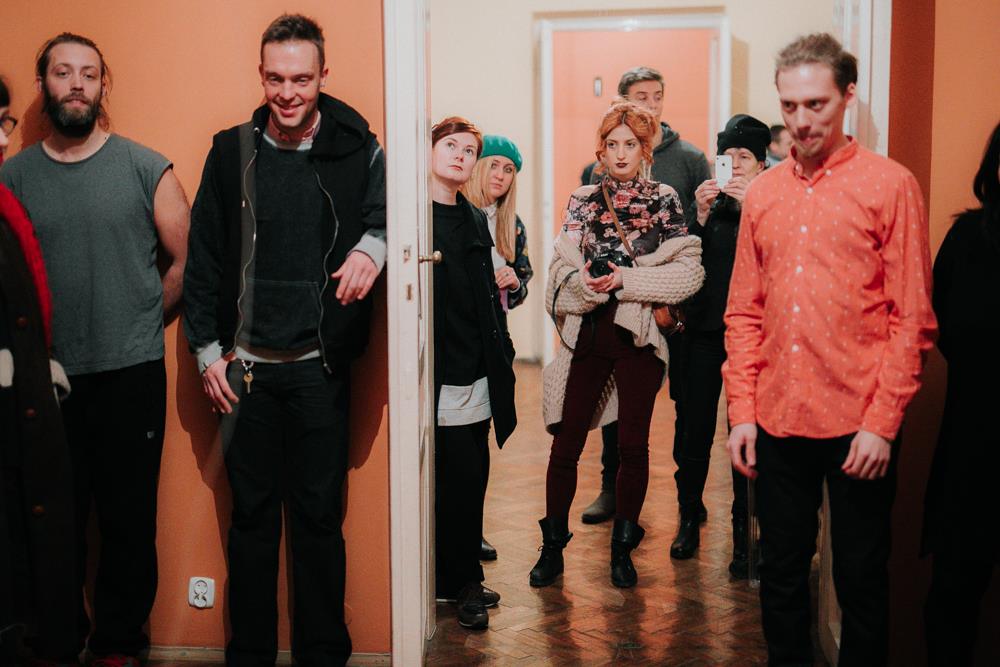 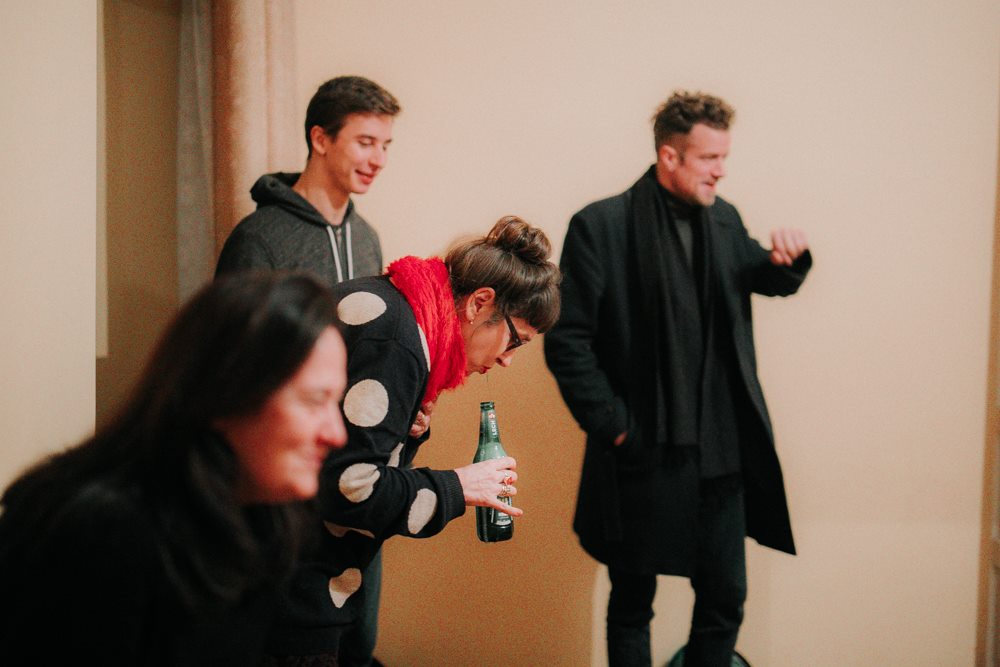 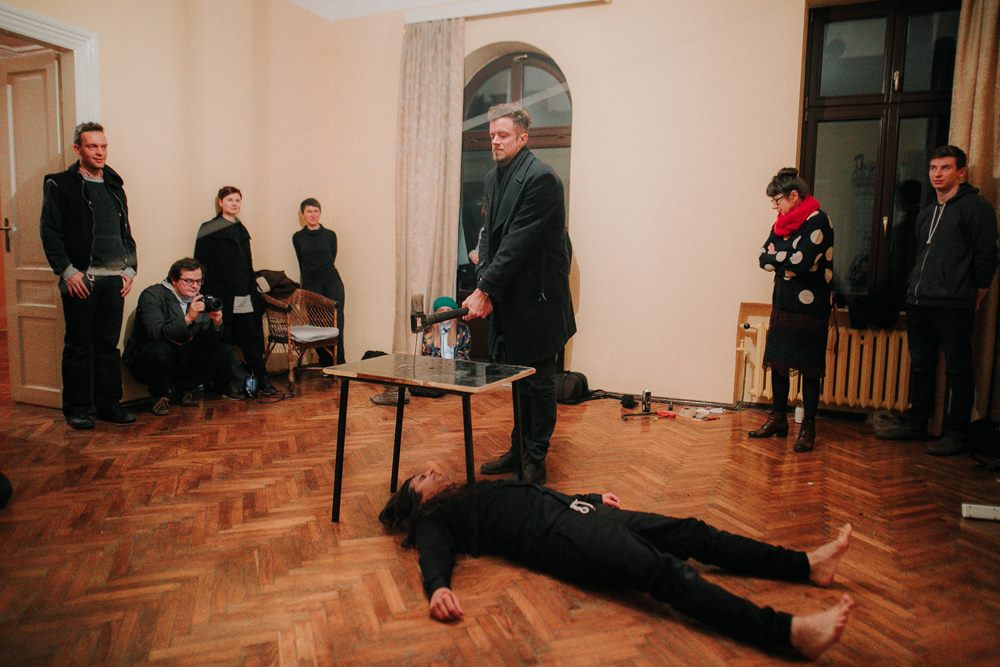 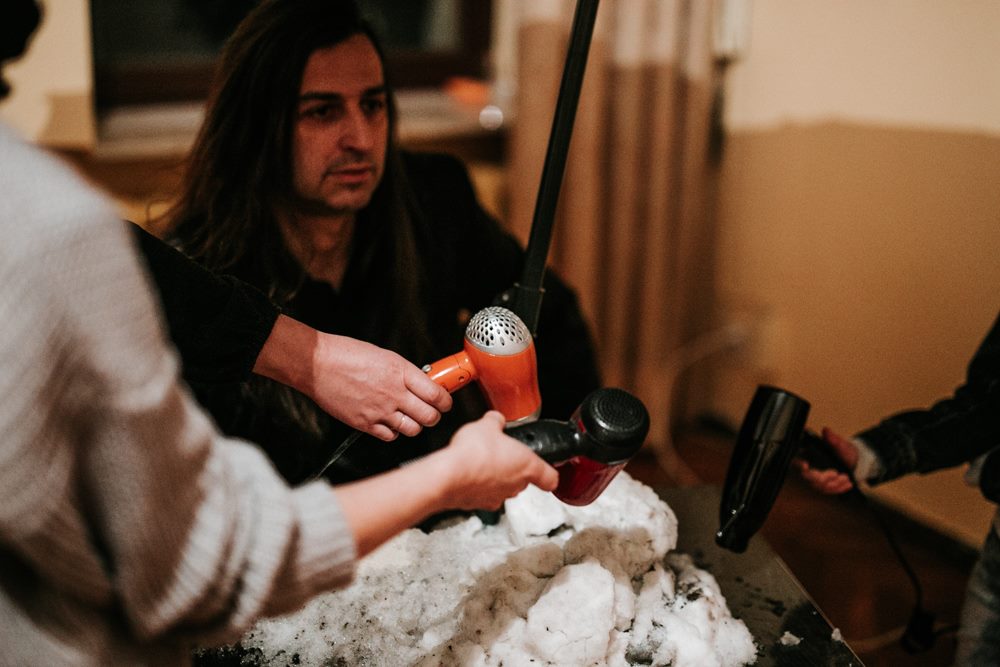